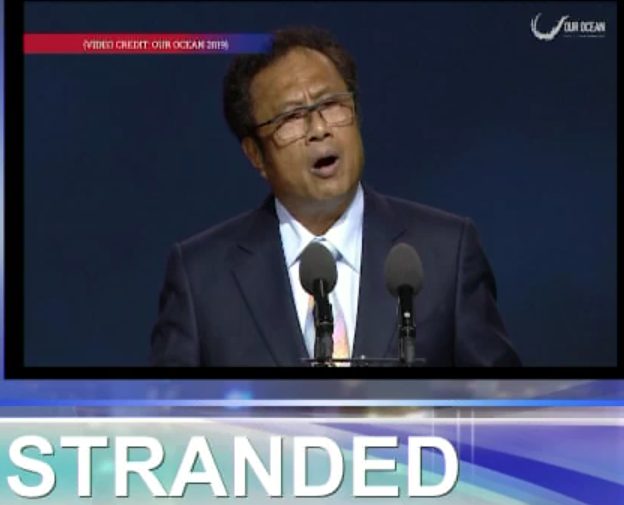 With more than 140 Palauan citizens currently stranded in Guam and other locations, the Palau Government estimates that an emergency response to get them back to the island would cost at least a million dollars.

Palau President Tommy Remengesau, Jr. is calling for immediate action on the matter. So yesterday, he and other Palau leaders met in a joint leadership meeting where the core of the discussion is the proposed emergency plan for the stranded citizens.

The plan —- which was sent by Remengesau to the Palau Senate President Hokkons Baules and the Speaker of the House of Delegates Sabino Anastacio —- outlines the cost of the emergency response.

It includes the $1 million estimated cost for three chartered flights, as well as quarantine and testing requirements. It also includes the request by the different embassies for additional funding to support the stranded citizens through the end of June.

Remengesau Jr. also mentioned that the $180,000 appropriated funding under RPPL 10-56 or the Coronavirus Relief One Stop Shop is not enough to support the repatriation of the stranded citizens, under the conditions agreed by the government.

“But it is certainly not enough to support these same people overseas indefinitely. Even an expensive program of repatriation, which spares no cost in eliminating risk to our Republic, will save money compared with the costs these stranded people are incurring month after month,” Remengesau Jr. said in the letter.

The residents were stranded while attempting to return to Palau from the CNMI, Guam, Hawaii, Japan, Philippines, and the mainland U.S.

They include students and residents seeking off-island medical services.