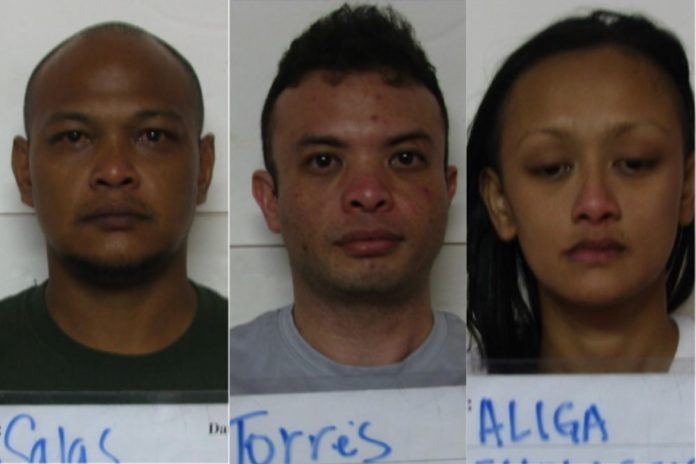 Guam – Details surrounding the arrest of former Governor’s Communications Director Troy Torres has surfaced linking him to an alleged drug dealer.
Troy Torres, along with three other individuals, underwent rigorous questioning as a result of the capture of an alleged felon who subsequently led authorities to raid Torres’ Latte Heights home.
Further investigation revealed that individual to be suspected drug dealer Julius Nedlic, who is also tied to a drug bust earlier this week. He was arrested Thursday as court documents show a return of warrant. PNC has learned that Nedlic was providing ice to another individual, according to a report.
Nedlic was busted driving a rental that was registered under Torres’ name when he attempted to evade capture but police eventually apprehended him. In the rental vehicle, police found Torres’ wallet with his driver’s license inside. They also discovered drug paraphernalia with suspected ice and marijuana.
With more prodding, police had enough information to execute the Latte Heights raid. As you may recall Torres was the first to be identified out of the four individuals. Two others in the home were identified as John Salas and Enolagay Aliga. The fourth individual, who was identified to be Torres’ boyfriend, was released.
The Latte Heights raid yielded evidence of illegal drug activity in the home resulting in the trip to Guam Police Department’s Tiyan headquarters.
GPD Spokesperson Sgt. Paul Tapao states that officers seized drug packaging materials with suspected drug residue, a digital scale, numerous heat sealed straws with suspected drug residue and drug paraphernalia. All items were field tested which resulted in presumptive positive for methamphetamine.
Officers also uncovered that Torres has allegedly been involved with the drug ice. While Torres denied being a current user, a report says he did reveal that he had smoked ice in the past. He also didn’t deny knowledge of drug use in his home.
Torres was arrested for illegal possession of a schedule two controlled substance, conspiracy to possess with the intent to distribute, permitting a violation and hindering apprehension. Meanwhile, Aliga and Salas were arrested for possession of a schedule two controlled substance.
They were booked and confined.