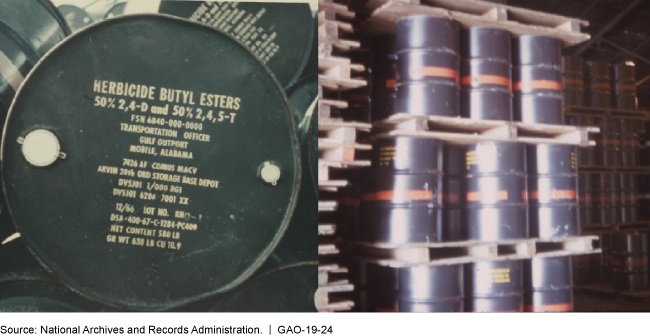 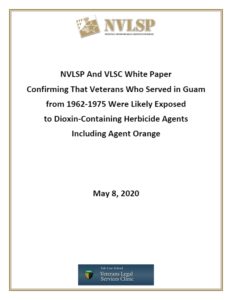 The National Veterans Legal Services Program (NVLSP) has issued a ‘White Paper’ that concludes that “the weight of the evidence strongly shows that veterans who served on Guam from 1962 to 1975 were exposed to herbicides containing dioxin.”

“We conclude that existing evidence establishes that it is, at the very least, ‘as likely as not’ that veterans who served in Guam from 1962 to 1975 were exposed to Agent Orange and other dioxin-containing herbicides,” states their report.

Widespread dioxin exposure is also “supported by scientific evidence of dioxin contamination from the Environmental Protection Agency (“EPA”) and the Department of Defense (“DoD”) testing at these sites during the 1980s and 1990s.”

The report goes on to say that veterans who served on Guam and may have been exposed to the toxins “are presumptively entitled to disability compensation for any diseases that the Secretary has associated with exposure based on findings from the Health and Medicine Division of the National Academies of Sciences, Engineering, and Medicine.”

A 2018 Government Accountability Office report found that Agent Orange exposure could not be conclusively proved or disproved because of incomplete, lost and absent records and a lack of credible soil samples.

In response to the GAO report the NVLSP White Paper states: “Incomplete or destroyed DoD records do not disprove the use of Agent Orange on Guam. Neither DoD’s incomplete storage and shipping records nor inherently limited soil testing methodologies can be treated as negative evidence in assessing an individual veteran’s claim for disability compensation.”