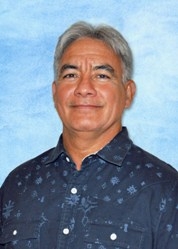 Mark Miller has 28 years of service for the Guam Waterworks Authority.

Guam – Mark Miller, Interim General Manager for the Guam Waterworks will be retiring.CCU Chairman Joey Duenas confirmed Millers departure. Mark Miller came on board as GWA’s Interim General Manager on February 24 at a CCU meeting. Miller will be leaving behind a Guam Waterworks Authority that has seen multiple water outages down south and lingering issues with water turbidity at the Ugum Plant. Duenas says that the CCU has not finalized a replacement for Miller but he says, “there are lots of good candidates.” Miller retires with almost 30 years of service for the Guam Waterworks Authority.