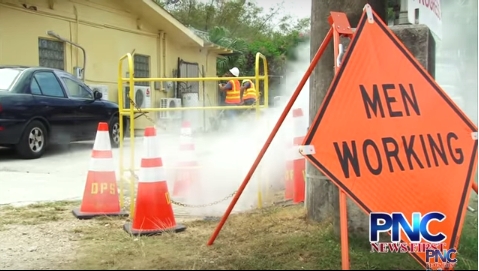 The audit report is attached to the story.

Guam – The Guam Waterworks Authority could lose out on $46 million in federal funding if they continue to ignore federal guidelines when entering into contracts. However, GWA says their hands are tied because they are following Guam law.

According to a recent audit report from the office of the Inspector General, GWA project contracts are lacking federal guidelines and language. The report states that the lack of these standards make GWA contracts inefficient, putting all the financial and completion risks on GWA and none on the actual contractor.

According to the report, it also puts GWA in a position to be forced to pay out large cash claims to contractors and possibly lose out on $46 million in federal funding.

The U.S. EPA region 9, the regional governing body for US EPA, stated in the report that they have serious concerns about GWA’s ability to manage federal funding.

The code of federal regulations, specifically those protecting the environment, says that states are required to ensure every purchase order or contract include federal standards. Those same regulations define Guam as a “state” therefore they must follow the guidelines.

According to the report, at least three different contractors warned GWA about the issues as early as 2010.

In an interview with the us office of inspector general, GWA lawyers state that they are doing everything correctly because they are following Guam procurement code and therefore do not have the ability to modify contracts. Essentially GWA cannot correct these problems because Guam law binds them.

The report was a result of an audit by the U.S Inspector General on the U.S. EPA’s region 9. The audit report generally states that EPA region 9, needs to improve oversight on the way U.S. EPA funds are handled on Guam.

Region 9 stated in the report that although they are not ready to put GWA in ‘high risk status’ they are closely monitoring the agency. Region 9 has reached out to GWA and the Guam Attorney Generals Office to amend and enhance GWA contract language to include federal standards.

In a statement to PNC, GWA GM Miguel Bordallo says that GWA has struggled in the past with reconciling Guam procurement law and federal contract requirements; however, he says GWA is working to include all required federal contract terms and conditions. Bordallo says he has been in discussion with US EPA region 9 about a transition in contract formats.

Additionally, Bordallo stressed to PNC that the audit report was geared towards the U.S. EPA and GWA was not a party to the report.