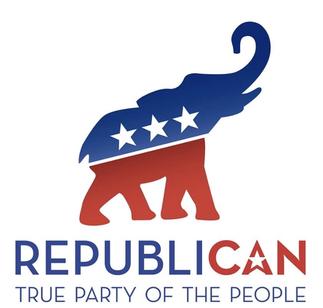 The Republican Party of Guam has issued the following release urging support for several pieces of legislation recently introduced by GOP Senators in the Guam Legislature.

READ the release from the Guam GOP in FULL below:

(Tamuning, Guam) – With the present economic crisis that our island community is facing, it is vital that elected officials enact policies which would provide some support for families and businesses alike.

In recent weeks, there have been several bills introduced by Senators which would assist in achieving these very objectives, and are measures the community will certainly welcome as they seek relief at the cash registers.

These measures would also provide businesses with some financial leverage so that they can avoid the inevitable realities of reducing employees hours or pursuing furloughs. The Republican Party of Guam stands in support of the following pieces of legislation, and urges the Guam Legislature to act immediately on them, and for Governor Lou Leon Guerrero, to sign them into law.

The measures are as follows:

BILL 311-35 Introduced by Senator Jim Moylan – Proposes to temporarily reduce the Business Privilege Tax (BPT) from 5% to 4% between April 1, 2020 and September 30, 2020, and also proposes to amend the Dave Santos Exemption Act by increasing both the qualifying and exemption thresholds.

Results from a recent survey conducted by the Guam Chamber of Commerce, indicated that almost 80% of members surveyed stated that the two proposals which would assist their operations most during this crisis would be the reduction of the BPT and an amendment to the exemption act.

This legislation would provide employers some cash flow leverage to maintain employees and/or avoid layoffs, and during this period of uncertainties, it is a much welcome proposal.

BILL 319-35 Introduced by Senators Telo Taitague, Wil Castro, and Louise Muna – Proposes to also reduce the BPT temporarily from 5% to 4%, provide a BPT exemption for medication and medical supplies, requests for a swift payment of tax refunds, and provides funding for the Marianas Fusion Center to assist with improving communications during this crisis. Reducing the BPT and exempting it for medication and medical supplies is
critical particularly at this juncture and at the cash registers. During this period when many island residents are unsure in terms of their compensation at work, relief measures such as this legislation would be greatly appreciated.

Also expediting tax refunds would allow many families to attain an increased disposable income, while helping to spur the economy.

BILL 318-35 Introduced by Senator Jim Moylan – Proposes to temporarily reduce the Liquid Fuel Tax from April 1, 2020 to September 30, 2020. This is another measure focused on reducing the cost of another critical commodity, which is fuel. At a period where relief is needed at the cash registers, Bill 318-35 assists in providing the savings at the gas pumps.

During this time of uncertainties, it is critical that elected officials come together and work in a bi-partisan effort to look out for the welfare of the community. As we await federal support on an array of issues, it is pertinent that local leadership step up and answer the call placed by the community; a call for help. The Republican Party of Guam stands behind the efforts of these Republican Senators, and are optimistic that a collaborative effort with their colleagues on the other side of the aisle is forthcoming.