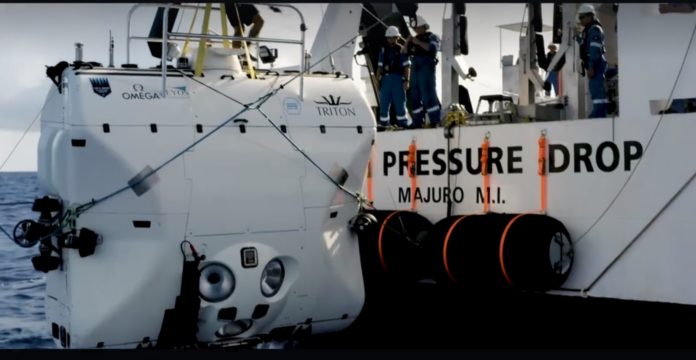 The research vessel ‘Pressure Drop’ carrying the deep-sea submersible ‘Limiting Factor’ arrived back on Guam Monday night after making 3 dives in 7 days to the bottom of the Challenger Deep.

PNC went aboard the vessel and spoke with the expedition’s leader Victor Vescovo and the remarkable former astronaut who went down to the bottom of the Challenger Deep with him.

68-year-old Dr. Kathy Sullivan was the first American woman to walk in space back in 1984. She has now become the first woman to descend to the deepest known part of the world’s oceans.

Sullivan was an oceanographer before she became an astronaut and when the invitation came from her co-pilot Victor Vescovo to join him on a dive to the bottom of the Challenger Deep it was an opportunity she said she couldn’t pass up.

“You get in a fairly small capsule, and the sphere of the submersible is quite small, we’re shoulder to shoulder, and that capsule has got the engineering and innovation prowess to let you go somewhere that otherwise you have no business being — 7 miles down in the ocean where the pressure around you is 16,000 pounds per square inch and 8 tons on every square inch of the sphere,” Sullivan said.

The view down there is different from what she saw during her spacewalk 36 years ago.

“You get up above the earth in outer space. You see these gloriously vast panoramas. The whole arc of the earth, a continent at one time. Thousand-mile line of sight. You go down into the ocean where light doesn’t penetrate. The only things you can see are those that fall in the field that’s illuminated by the lights that you have on your submarine. That’s maybe 5-meters, 10-meters, So you have a very confined field of view versus a very vast panorama,” Sullivan said.

Vescovo is a private equity investor and retired naval officer who is leading what’s being called the ‘Ring of Fire Expedition‘.

“We were here last year in 2019 as part of our 5-Deeps expedition,” said Vescovo. “So we returned this year. At the conclusion of this week’s operations we did three more dives to the bottom of the Challenger Deep.”

Vescovo piloted all of the dives. He’s been to the bottom of the Challenger Deep 5 times now.  The ‘Limiting Factor’ submersible, has been down 8 times.

Rob McCallum, one of the founding partners with Vescovo of Caladan Oceanic which is sponsoring the expedition, talked about the unique characteristics of the ‘Limiting Factor’.

“The actual core-component of the sub is a titanium sphere. And the sphere is 90-millimeters, four-and-a-half inches thick. It has two occupants. They have 3 viewing ports. One for each of them, plus one underneath. It’s a very comfortable cabin. And they are down there for a very long period of time, normally about 12 to 14 hours,” McCallum said.

The Limiting Factor’s wedge shape, said McCallum, is designed to speed the descent to the bottom and improve mobility once they get there.

“This shape is like an inverted pillow. It’s designed to be like an ax-head to descend through the water column quite quickly. And when it’s on the bottom, it traverses sideways like a crab. And when there is something they want to focus on, they turn the sub and this is the front face,” McCallum said.

During one of their dives along the Challenger Deep’s eastern wall, they captured pictures of what they believe to be the process of chemosynthesis — the creation of organic compounds by bacteria using inorganic chemicals. Elsewhere, they came upon a glowing bristle worm wriggling along in one of the most hostile places on earth.

On another dive to the very bottom, they found a translucent Holothurian (a type of sea cucumber) proof that life exists at 36,000 feet, deeper than Mt. Everest is tall.

Vescovo said: “They populate the bottom quite a lot. And I’ve seen those on every dive. And actually just this last dive, not the submarine but one of the landers actually landed on a small creature, disturbed it, and it burrowed out of the seafloor and swam right up to the camera, a small bristle worm that I had never seen before. So every dive has its unique experiences.”

He added: “We did the longest transit of the Challenger Deep just two days ago where we went almost 2 miles in virtually a straight line to really see what the character of the terrain was like and ended up in a very rocky canyon that had micro-bacterial mats or chemosynthesis on the rocks which we had never seen before. And we also did the longest dive into the Challenger Deep. It ended up being 4 hours and 7 minutes long, with 2 people inside, but it was great.”

The Pressure Drop remains in Port with Victor Vescovo and his crew for the next few days.

Then, it’s back to the Challenger Deep to do what Vescovo said will be an exhaustive survey of the geography of the trench. And then they’ll be headed to the CNMI to dive the Northern Mariana Trench which is east-north-east of Saipan. 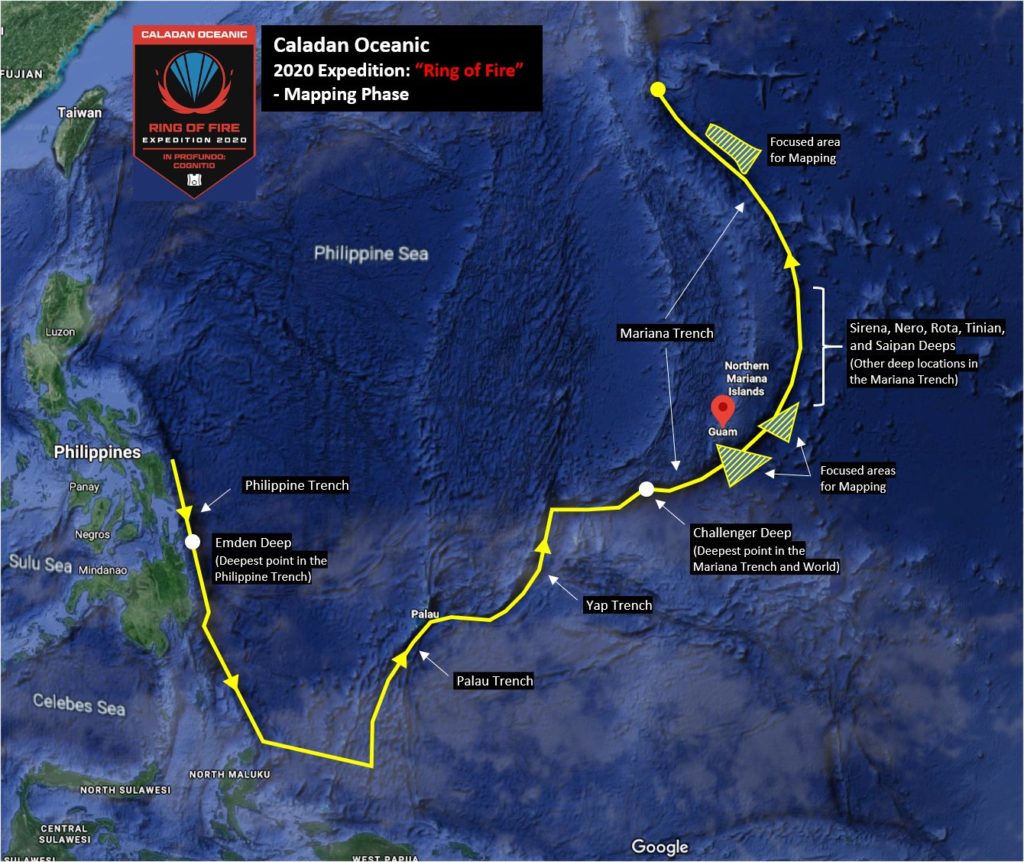