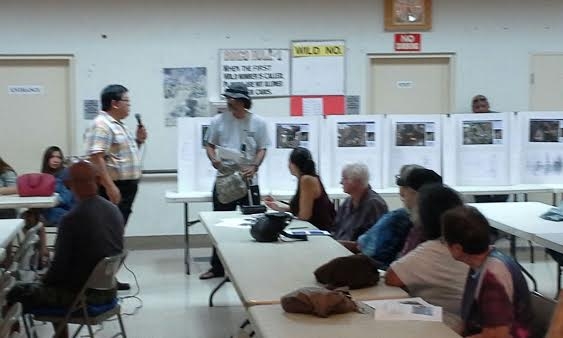 CLTC is proposing to lease out 600 acres of property

Guam – Dozens of people came out in opposition to the Chamorro Land Trust Commission’s proposal to lease out 600 acres of property to commercial entitles during a public hearing in Dededo last night.

“The lands come with no infrastructure there’s nothing there. The idea the reason we are putting this up for commercial use is not so that it could be commercially used and someone’s profiting off it but so that we could enter into commercial agreements so that we can get it developed we can get the full infrastructure built along with the housing development and then the homes would be bought by the CLTC applicants,” said CLTC Administrator Mike Borja.

Numerous people testified at the hearing saying that they would rather see the CLTC property used for it’s original intent which is to provide land to native Chamorus who need it. “When the Chamorro Land Trust was enacted in 1975 it was intended to provide a homeland for Chamorus in perpetuity,” said Attorney Therese Terlaje adding, “The law is clear the best use of the land was clearly to grow residential and agricultural communities.”

Terljae says 600 acres or 12 percent of the Chamorro Land Trust is being taken away from from the 8,000 applicants who are still waiting for a lease. “These lands that you hold in trust are our lands. These lands are tied to our spiritual our cultural and our social identity they are source from which we will build our economic social and cultural development as a free people. It is all we got,” said former Senator Hope Cristobal.

“On this sheet only one piece of property is in Dededo yet the hearing is in Dededo. There are bunch of properties in Tamuning in Yigo one in Mangilao,” said Joaquin Perez.

Perez also spoke about the impact that the proposed 400 acre quarry known as the Lajuna point project would have on the back road to Andersen and near by roads “Transporting the aggregate will require very large dump trucks in the vicinity of 15 to 20 cubic yard variety and a lot of them,” said Perez.

Yigo Resident Roland Quitugua said, “I don’t know about you guys but I grew up in Yigo and when I was a kid there was never such a thing as flooding how do you flood on top of limestone? Yet we have development that’s happening and we’re having some development we have paving but don’t worry we have some engineers that will engineer the heck out of that and yet we still have flooding.”

“We’re exploiting natural resources and land that’s held in public trust it just doesn’t make any sense,” said a concerned citizen named Monaeka Flores adding, “I’m completely opposed to the commercial leases under the Chamorro Land Trust it goes against the very core of what the trust was created for thank you very much.”

“The land trust if it were a priority it would be funded I mean if we have enough money to pay millions of dollars for consulting on the revitalization of Hagatna and we have enough money to do retro pay raises then the issue is really not that we don’t have money it’s that somebody has their eye on these specific properties and they want to justify the taking of these properties.”

The majority of people who testified at the hearing testified in opposition to using any more Chamorro Land Trust property for commercial purposes.