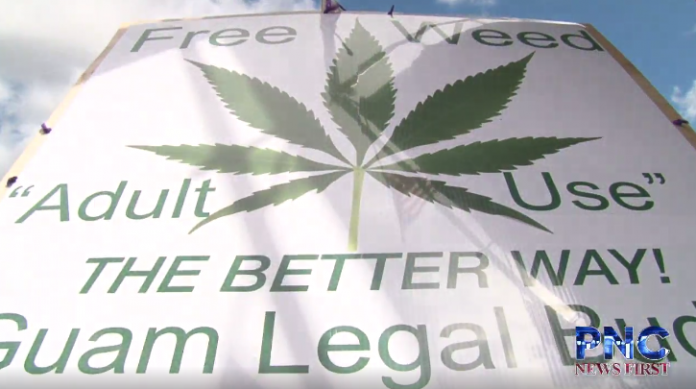 Legalize it or shut it down – both sides of the cannabis debate came out this afternoon intent on having their voices heard. Now that the Cannabis Industry Act of 2019 rests in the hands of the governor.

Mongmong-Toto-Maite resident William Parkinson said “Well I support the bill because the cannabis industry on Guam already exists. It’s a multi-million dollar industry with thousands of pounds going through our community and we have no say in it at all, you know. And so I want to bring this industry out of the shadows, out of the black market so that we can control, regulate it, tax it, and make it safe.”

A resident against marijuana legalization said, “You know, we all talk about the good of marijuana. It’s gonna make you feel good and everything. But we fail to mention the bad things about marijuana. Marijuana affects the brain…We pray that the governor will really veto this bill, it’s not a good bill.”

For it or against it both sides are in Adelup Friday for the same reason – to be heard in hopes that the governor’s hand is swayed in their direction.

Another resident said, “I humbly hope and I humbly pray, and I’m going to keep praying that Governor Lou Leon Guerrero vetoes this bill for the benefit of the whole island and the children. We don’t want Guam to be known as a drug island. We already have an epidemic with ice, with cocaine, what more with marijuana.”

Pam Duval said, “I have tried prescription drugs for my menopause and my arthritis, my PTSD, and my high anxiety. They don’t do anything good for me, they just make me sick. And with marijuana I don’t need any of those.”