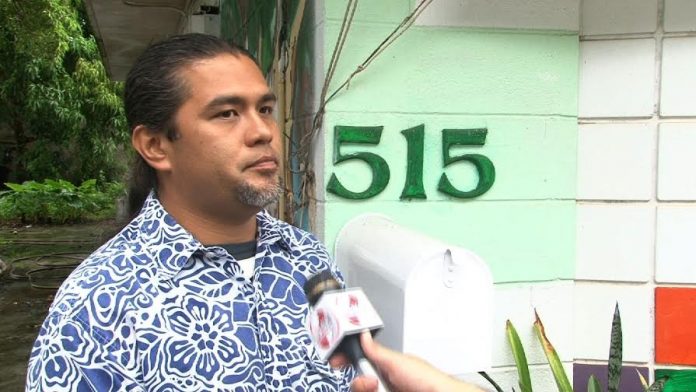 Guam – Social media was abuzz last night (Thurs.) as residents in the village of Hagatna were caught off guard by a military exercise. Although the Marine Corps Activity Guam did send out a release to island media three days prior to the exercise the mayor of Hagatna himself was unaware.

Puzzled residents of Hagatna were unaware that the Marines 3rd Expeditionary Unit would be conducting live fire training exercises in the streets of Guam’s capital. “Extremely noisy I saw the helicopters right over my head they were going pretty low,” said Hagatna resident Raph Unpingco adding, “There were some explosions there were about three helicopters flying over.” “They could at least give a little warning I mean this is American soil they could at least put a letter or something but we didn’t get any warning or anything like that. There’s a lot of people that live down in this area but I don’t know if they got word of it either,” said Unpingco.

Apparently not even the Mayor of Hagatna received word about the exercises. “Even myself I called 911 to find out what’s going on and all they told me on the phone is they’re having an exercise,” said Mayor John Cruz adding, “I hope that when they’re gonna do an exercise like this they give us a notice so we can go and tell our constituents”

Some businesses in the island’s capital told PNC they weren’t notified either. 9th Street Rotary prep cook Rino Marmar tells PNC that GPD came into their restaurant and told residents to stay inside until the exercise was done. “At first I was thinking maybe someone escaped from jail and they were just looking for them. All I heard was just two gunshots and next thing you know helicopters start coming in and that was freaky. I was like oh snap lets go inside,” said Marmar.

According to a release from Marine Corps Activity Guam a small group marines with the 3rd MEU Special Operations Training group were conducting urban training. The release states that “this evolution is part of a small exercise designed to increase marines proficiency with essential tasks and basic infantry skills in an urban environment.