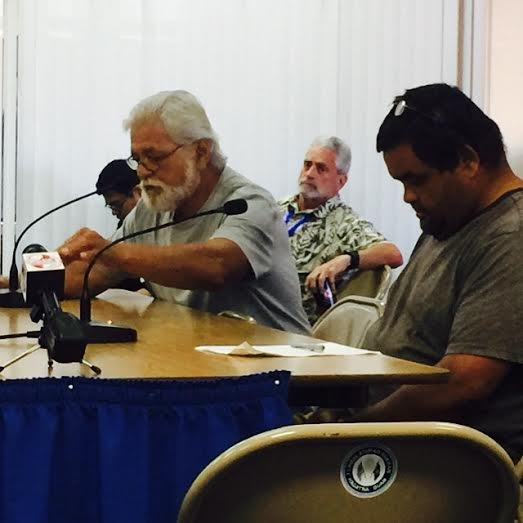 Guam – The draft rules and regulations for the implementation of medical marijuana have been released and the first public hearing was held today(Weds.).

“Five hundred dollars is a big price for an ounce of marijuana for a sick person. Who’s gonna pay for that if they didn’t have a job that’s my question?” asked Franklin Meno. Members of the public had the chance to give their comments on the draft rules and regulations for Guam’s medical marijuana program. “If a child does get marijuana somehow they’re not gonna die but if he got a hold of your bottle of prescription of percuset and ate a whole bunch of it they’ll be dead. So as far as being worried about marijuana being dangerous everybody needs to wake up. It’s not dangerous it’s a plant,” said Meno.

That plant will soon be legal for medical purposes on Guam. The only questions that remain is how govguam should regulate the growing and selling of medical marijuana. “They cannot monopolize this. We cannot charge our patients to grow this,” said local farmer Ernie Wustig is concerned that local farmers will be left out of this new industry. “You have to be ten years being a bonafied farmer to be considered to plant this if you’re gonna do it commercially,” said Wustig.

Others like Franklin Meno are concerned that the licenses won’t be handed out fairly. “I think you should lottery this opportunity instead of select. They meet all requirements for applications. Everybody throws it in and then you guys pull the next,” said Meno.

Guam Employers Council Executive Director Andrew Andrus is concerned about how public health will handle the money it collects from licensed medical marijuana growers and dispensaries. “I was just curious because U.S. banking laws say that the banks cannot accept receipts from illegal drugs so if you’re selling licenses and everything how is this going to reconcile with your depositing the funds into a shoebox versus a bank,” said Andrus.

The next public hearing is scheduled for tomorrow from 9am to 11am at the legislature’s public hearing room. The final hearing will be on Friday from 3-6pm at the castle mall in Mangilao. The comment period lasts for ten days after the final hearing. Then the draft rules and regulations will be forwarded to the A.G.’s office for their review before going to the Governor’s office and finally the legislature for their review.