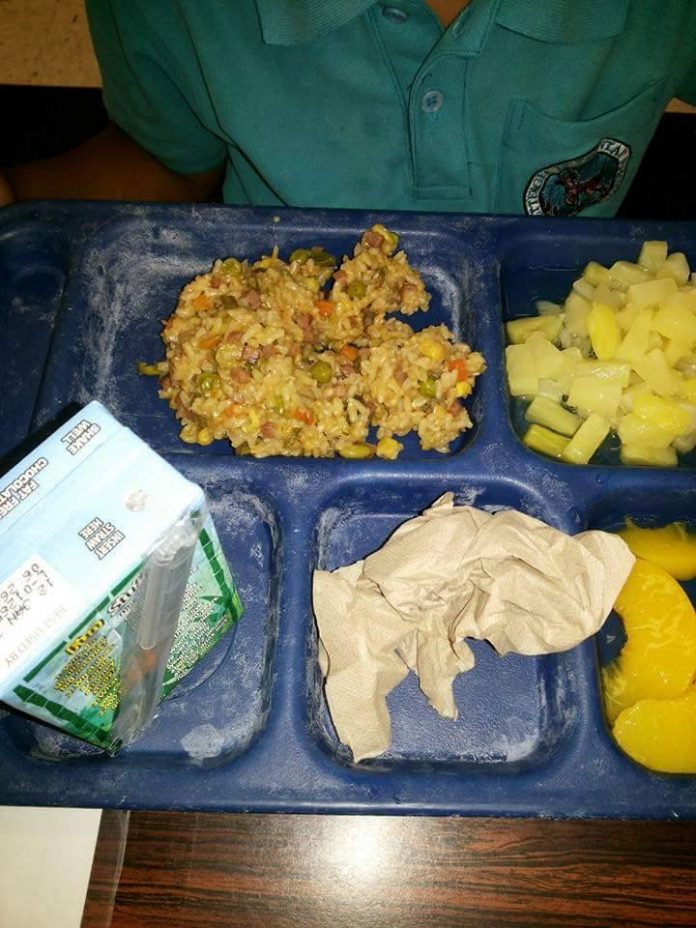 There was white residue on the tray.

Guam – A viewer sent PNC a photo of what looked like an unwashed lunch tray served to a student attending Wettengel Elementary School.

As seen in the photo, there is some white residue on the tray. Guam Department of Education Superintendent Jon Fernandez says the school confirmed that the residue was from severe water stains. Fernandez explains that he has instructed the school to identify similar trays and determine if the trays are salvageable or need to be removed. He went on to say that in some schools, the department has limited ability to purchase brand new trays and equipment, so this incident at Wettengel Elementary might be an example. However, Fernandez encourages any student or parent who has any concerns to bring the issue directly to the attention of an administration or food service employee.