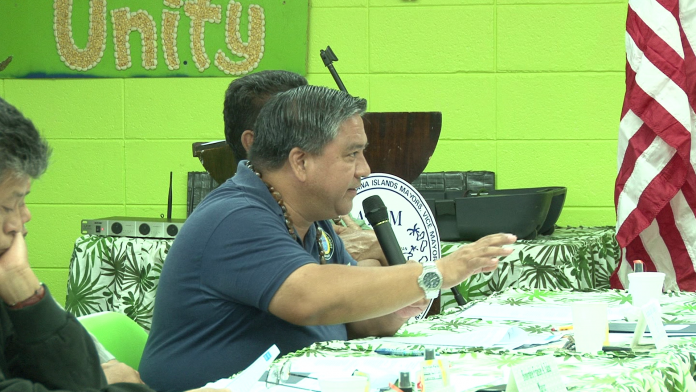 Guam – Island mayors from Guam and the CNMI are rallying together to put a stop to the recently passed federal ban on cockfighting with a resolution to Congress.

Mayors from Guam and the CNMI gathered last week to discuss a resolution that seeks to gather support from local officials fight the federal ban on cockfighting. The prohibition was included in the recently enacted Farm Bill signed by President Trump but the law won’t take effect until December 2019.

A cultural tradition dating back to precolonial times, cockfighting is a sport of fighting roosters, often involving careful breeding of birds. It’s an activity that is passed down through generations.

But with a ban now looming, many cockfighters and other stakeholders are campaigning to put an end to this ban before it can even take effect. In recent weeks, several meetings have been held to explore options in challenging the law.

With thousands of cockfighters in Guam, the potential impact would also reach businesses who supply bird feed, cages and other breeding materials.

The mayors passed AMIM resolution number 2019-25-01 which calls for the governors and delegates of Guam and the CNMI to support and encourage Congress to repeal the law that makes cockfighting in the territories illegal.

He added: “Our voices are no less important than the person who lives in Denver, Colorado or New Orleans or Austin, Texas or Seattle, Washington–that even in Tinian and Saipan and Rota or in the village of Agat, Agana Heights, Yona, Inalahan, Umatac which has a population of less than a thousand people, that their voices are no less important than the millions of people that live in New York.”