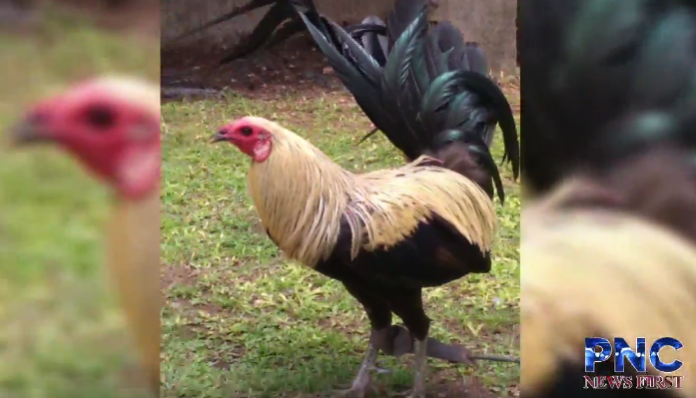 Lawmakers get the community involved in the unified push to get the federal government to reverse the ban on cockfighting on Guam.

Terlaje and other lawmakers took the conversation out of the legislature and into the Dededo cockfighting facility during a public hearing on Friday,

Terlaje shares with Newstalk K57’s Andrea Pellacani his take away from the public hearing.

Back in January, when he heard about the ban, Terlaje wrote the resolution. What he wants to do is to continue collecting testimonies from the people and give it to the congressional leaders.

Long-time cockfighter Vince Aguon said, “No person shall beat, cruelly ill treat, torment, overload, or overwork, or otherwise abuse an animal or cause, instigate or permit any dog fight or bull fight, or other combat with any animals with the exception of cockfighting. As regulated by the cockpit licensing board.”

Aguon said, “Now these people are going to come and try and tell us how to live? Who are they? What are they doing for Guam?”

He said he is investing on Guam just like the other cockfighting enthusiasts.

Many of the cockfighters fear the possibility of having to give up the practice, which has provided them with a source of livelihood.

“At one time, I was a single active custodial parent of 3 boys by raising cockfights, supporting them – not stealing killing or dealing,” Aguon said.

Terlaje said should the federal government fail to consider the resolution, it could push the industry underground.

The senator plans to send his resolution and the testimonies to San Nicolas, hoping the Guam Delegate would join the push for reconsideration.