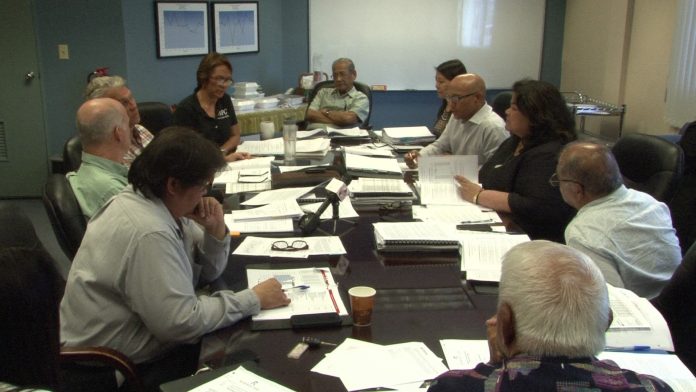 The Government of Guam Retirement Fund board of trustees voted unanimously in favor of two recommendations made by their legal counsel, Attorney Elyze Iriarte.

“The first recommendation is for the fund to move to allow us to file a writ of mandamus action against the Guam Memorial Hospital Authority and that action would be for the unremitted payments and also that the order of the court for the writ continue to require GMHA to remit payments in the future so it would be both retrospective and prospective,” said Iriarte.

“The second recommendation is that the fund allow legal counsel to explore options to enforce Judge [Alberto] Lamorena’s order from the Bautista case in 2003, and those include ceasing annuity payments or halting the processing of retirement applications and so a declaratory relief action would be the primary manner in which we explore those options,” she added.

“That is to go to court?” asked board chairman Joe T. San Agustin.

The first recommendation was made as a result of the Guam Memorial Hospital’s failure to remit payments to the retirement fund. It’s been several months since the hospital made a payment to either the defined benefits and defined contributions plan and the balance is now at $4.5 million dollars. Because of this, at least five GMH employees have been denied the ability to retire.

Retirement Fund Director Paula Blas says she believes the number could be higher as many GMH employees who are eligible to retire are aware of other employees being turned away.

The second recommendation, says Blas, will apply to all of GovGuam.