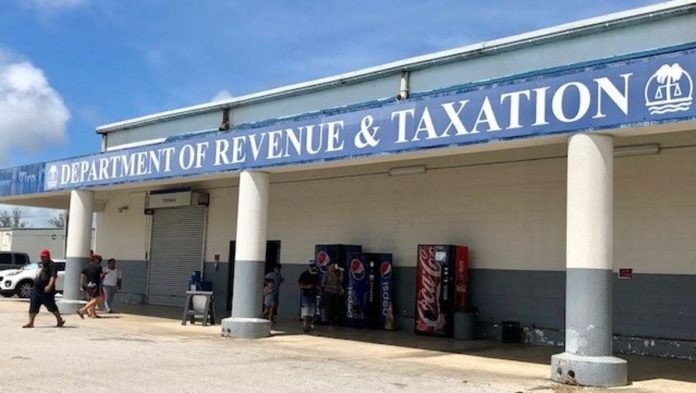 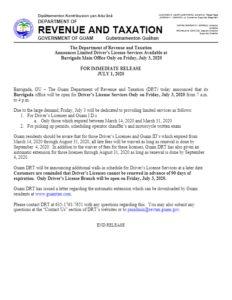 The Guam Department of Revenue and Taxation (DRT) has announced that its Barrigada office will be open for Driver’s License Services only on Friday, July 3 from 7 a.m. to 4 p.m.

Due to the large demand, Friday, July 3 will be dedicated to providing limited services as follows:

In addition to the waiver of fees for these licenses, Guam DRT has also given an
automatic extension for those licenses through August 31 as long as renewal is done by September 4.

Guam DRT will be announcing additional walk-in schedule for Driver’s License Services at a later date. 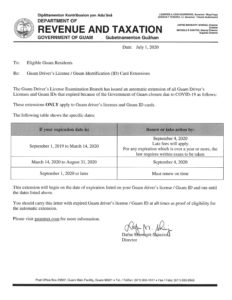 Guam DRT has issued a letter regarding the automatic extension which can be downloaded by Guam residents at www.guamtax.com.

You may also submit any questions at the “Contact Us” section of DRT’s websites or to pinadmin@revtax.guam.gov.