Sixty-six years ago, on March 1, 1954, the United States detonated Castle Bravo over the Bikini Atoll in the Marshall Islands — in what would be the first in a series of nuclear tests under Operation Castle.

Castle Bravo would be the largest nuclear device detonated by the U.S. government. It produced a 15-megaton blast which left radioactive fallout over the atolls. Before testing began, more than 160 Marshallese were relocated from Bikini Atoll to other islands.

Today, the Marshall Islands remember the victims and survivors of the nuclear tests and in observance of Nuclear Victims Remembrance Day, Marshall Islands President David Kabua ordered the RMI flag to be lowered at half-mast. 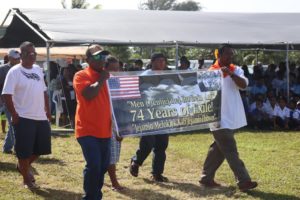 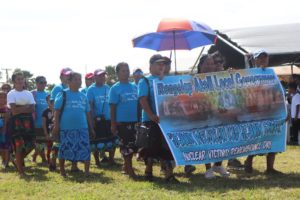 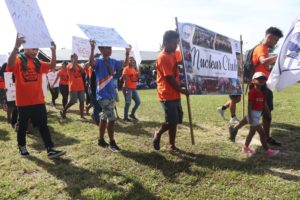 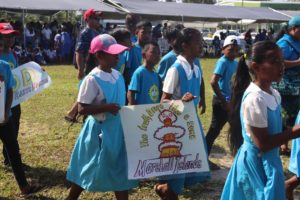 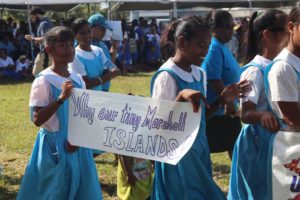 Kabua and his Cabinet, the Nitijela (Parliament) and members of the community also participated in a ‘March for Justice,’ which started from the RMI Public Service Commission to Delap Park, the site of the official ceremony.

Meanwhile, the RMI’s Nuclear Day Coordinating Committee also visited the 22 remaining survivors from Majuro and three other atolls to acknowledge and honor them.

The U.S. military tested 67 nuclear and atomic weapons between 1946 to 1958 over Bikini and Enewetak Atoll. The nuclear tests resulted in the displacement of entire communities, environmental contamination, and long-term health effects for the residents of the Marshall Islands.