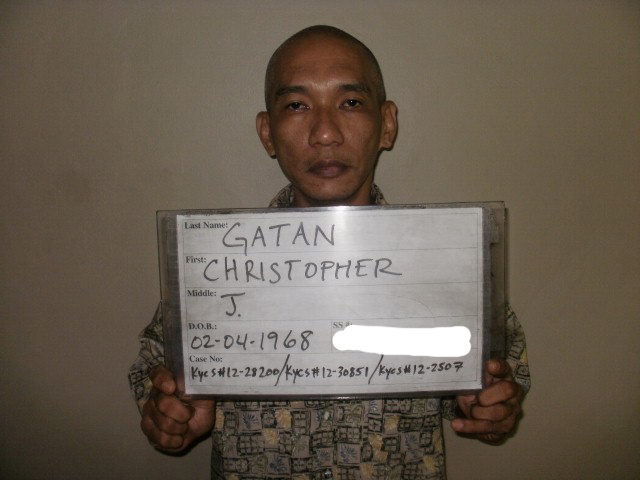 Guam – A man who drove a Bonnie and Clyde team of burglars to rob homes in Tamuning is now behind bars for being an accomplice to their crimes.

Gatan told police that he assisted husband and wife Keilani Reyes and Jeffrey Reyes in three robberies in the Tamuning area between August and December. Gatan says his role was driving Mr. Reyes to the locations where his wife, Keilani Reyes would be waiting with the items taken from the homes she burglarized.

Gatan took police to the different homes the Reyes’ burglarized and police later confirmed that the owners of the homes had previously reported being burglarized.