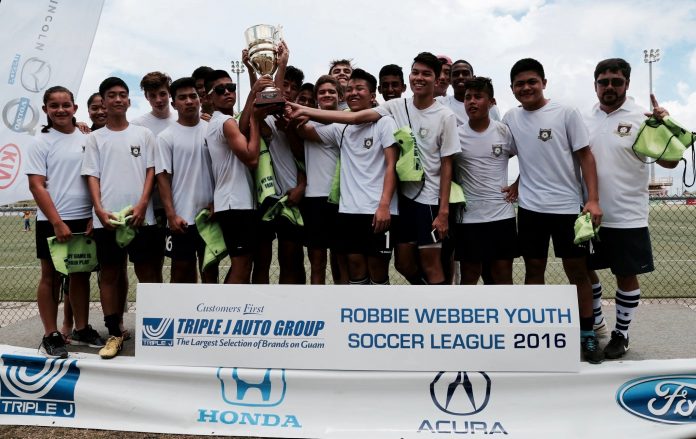 Championship weekend in Triple J Auto Group’s Robbie Webber Youth League. In U17 action it was the W.M. Engineering Strykers taking on the Wings Red.

HARMON – Strikers come out with a high powered offense. Wings Red were riding a 4 year Championship streak that was until Stryker’s Preston Boynton found the back of the net for the game’s lone goal and it’s the Strykers who take the U17 Title over Wings red 1-Nil the final. Over in U14 title action, Tigers facing off against the Wings Red. Tigers able to get an early goal from captain Raf Garcia and the white & blue never look back. Micah Hennegan nets another tiger goal 2 minutes later.To the second half we go and The Wings come out in attack mode. Eddie Cho gets a couple good shots on goal but goalie James Lee was a wall in the net not allowing anything past him. Raf Garcia adds insurance late in the match for The Tigers scoring his second goal of the morning and the Wings Red lose in shut-out fashion 3-nil to the new U14 Champion Tigers.