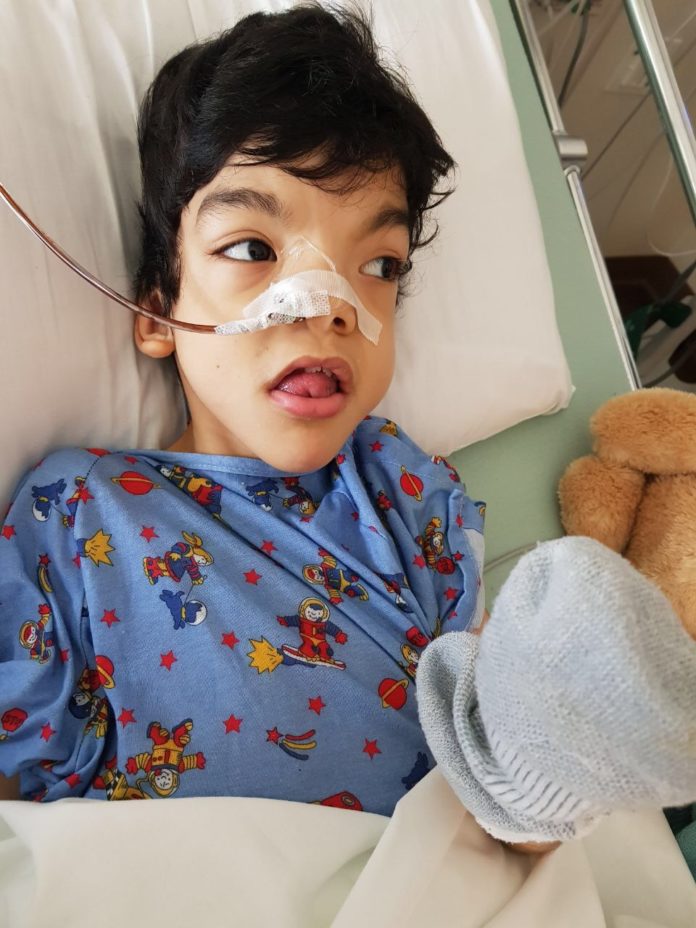 Guam – Good news to report about the little boy named Robert Duenas who was suffering from a severely swollen stomach. He was able to have surgery and is now recovering nicely.

Earlier this week PNC spoke to Robert’s father Walter Duenas who was frustrated with the military for denying his son medevac transportation to Hawaii’s Tripler Army hospital where they have specialists familiar with Robert’s condition. Walter is a retired army veteran who says his son has been medevacked to Trippler twice in the past due to a condition he was born with that causes his belly to swell. This time around; however, the military said that Robert didn’t qualify for the medevac to Hawaii and instead the Naval Hospital on Guam had him sent to the Guam Regional Medical Center.

Walter had preferred that his son be sent to Trippler because although the GRMC has a surgeon willing to help Robert, Walter says that surgeon is not a specialist with Robert’s condition. Walter says the Trippler Army Hospital surgeons are specialists who have successfully performed surgery on Robert before which is why Walter wanted him to be medevacked there. Nevertheless Walter tells PNC that the doctor at the GRMC was able to conduct a successful surgery on Robert and Walter is happy to report that Robert is now recovering really well.