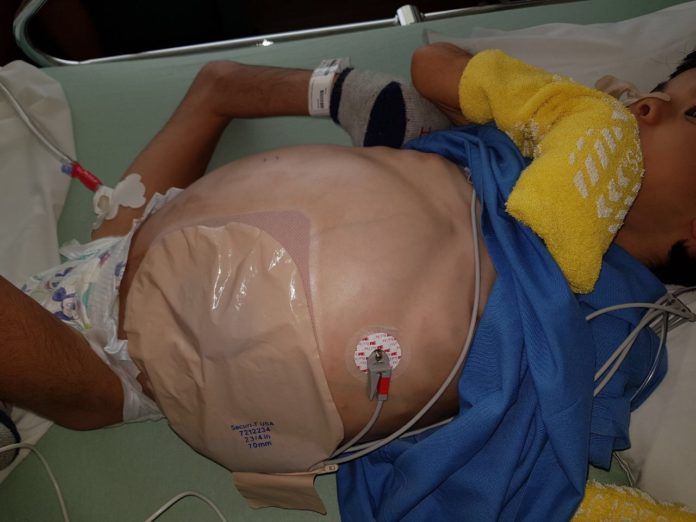 Guam – Walter Duenas says that his son Robert is still waiting to undergo surgery at the Guam Regional Medical City. Robert has been suffering a distended or bloated stomach since last week Wednesday. Duenas spoke to PNC about his frustrations with a new policy the military has that has disqualified his son from being eligible for a Medevac to the Trippler Army hospital in Hawaii who has specialists who deal with his son’s condition. Duenas says that the CT scanner at the GRMC is down which is stalling the surgery. He says the surgeon needs to conduct a scan of Robert’s stomach before he can go into surgery to bring the swelling down.

The good news according to Duenas is that Congresswoman Madeleine Bordallo’s office, Senator Dennis Rodriguez Jr. and Senator Joe San Augustin have all been in contact with Duenas and have offered to help talk to military officials to figure out a way to get Robert medevacked to Hawaii. In the meantime, Duenas says he and his family will have to wait for the GRMC to get it’s CT scan equipment up and running before they can do any kind of procedure on Robert.