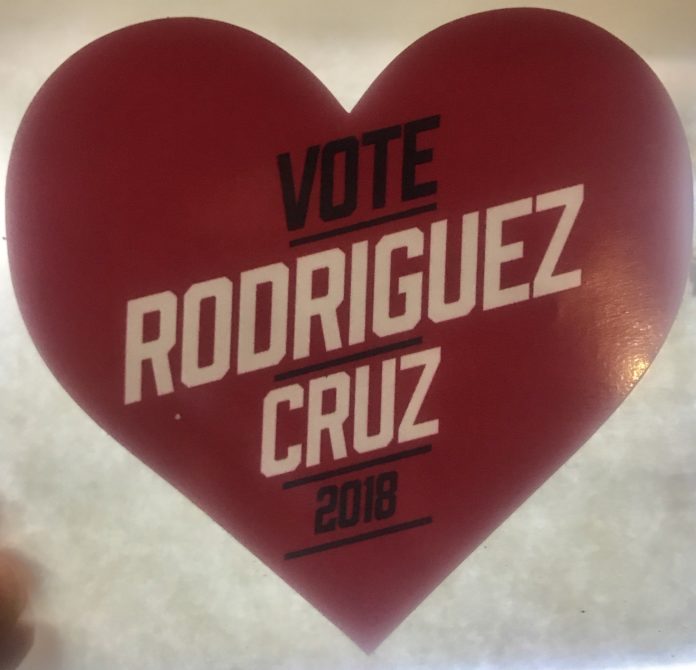 The personnel change would have also required approval by Guam Department of Education Superintendent Jon Fernandez, who confirmed on News Talk K57 this morning that although Col. Cruz is so far the only instructor who’s taken a demotion from classified to unclassified, going forward all instructors will be hired under contract. Fernandez added that the half salaries for the JROTC instructors are reimbursed by the Department of Defense.

Torres, on News Talk K57 with host Patti Arroyo, revealed that Cruz was threatened by a high level person not to run for lieutenant governor and that they are now planning to file a complaint with the Guam Election Commission under the Mini Hatch Act.

Meanwhile, Rodriguez had already confirmed his intentions to run for office and Cruz had long been rumored to be his running mate. The four-term Democrat senator said he chose Cruz specifically for his lack of political experience.

He said he wanted someone with three specific qualities: one who could run the government while he were absent, one with an education background and someone who wasn’t a politician. If elected, Cruz will be the first teacher to serve in Adelup.

The Democrat Team of Rodriguez-Cruz is now the fourth democratic team vying for Adelup, the other three are the gubernatorial teams of Leon Guerrero-Tenorio, Aguon-Limtiaco and Gutierrez-Bordallo. There’s only one set of candidates on the Republican ticket so far: Lt. Governor Ray Tenorio and Tony Ada.