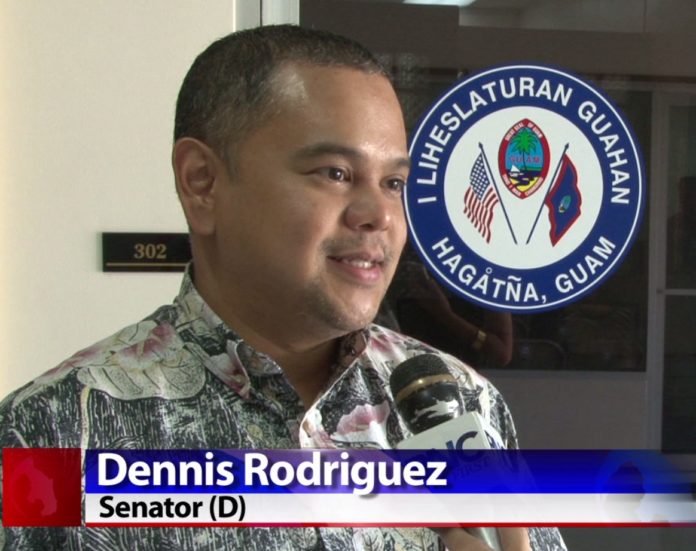 Sen. Rodriguez’s earth-shaking confession came this afternoon on News Talk K57 with host Phill Leon Guerrero. The interview stems from a controversial raid on Troy Torres’ home last month resulting in his arrest on drug charges–charges that were later dropped.

According to Rodriguez, he received a phone call from the highest levels of Adelup informing him that his campaign manager’s home was about to be raided.

“Yes, that is true. There was a call made to me from the highest levels from Adelup, one of the highest levels there before Troy’s home was raided, when he was being questioned and when he was gonna be arrested and that’s a fact. This is the type of games and the corruption that our people are not wanting to have anymore and for them to continually lie about this is wrong,” revealed Rodriguez.

A day before, also on News Talk K57 with Leon Guerrero, Adelup Communications Director Oyaol Ngirairikl said, when asked whether Adelup knew about the raid on Torres’ residence beforehand, “not to my knowledge.”

Rodriguez accused his republican gubernatorial opponent, Lt. Governor Ray Tenorio, of lying when he was asked whether he was tipped off about the raid.

Leon Guerrero: “So when the lt. governor made statements to the media to the effect of he found out about Troy’s arrest like everybody else did, like when the media did, are you disputing that claim based on what you said was a call from the highest levels of the administration prior to this raid and prior to this arrest?”

“Absolutely,” asserted Rodriguez “And you’re gonna have to talk to him and ask him point blank. I would assume that the same information was provided to him and he probably even knows more of the information of what transpired.”

Just who contacted Rodriguez about the raid remains a mystery, however. Sen. Rodriguez would not reveal who the mystery caller was, saying only that this individual comes from the highest levels of Adelup.