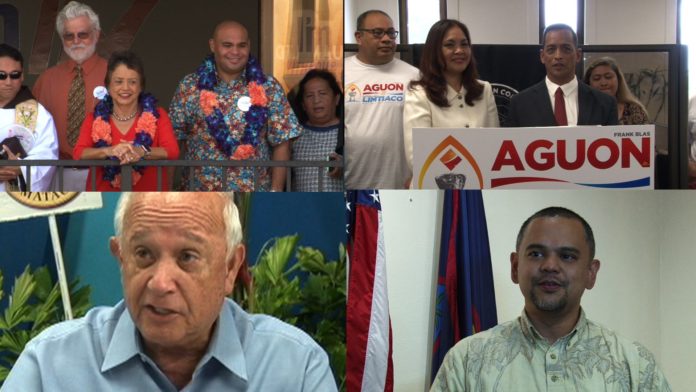 Guam – Former Senator Lou Leon Guerrero and Josh Tenorio were the first to announce their candidacy for governor and lt. governor. Then former Governor Carl Gutierrez announced his candidacy for governor but did not announce a running mate. Senator Frank Aguon Jr. and former Attorney General and U.S. Attorney Alicia Limtiaco announced their bid for governor and lt. governor and now Senator Dennis Rodriguez Jr. has said he will be running for Governor. “I’ve served in the legislature now for four terms and I love what I do as a Senator but I see there is so much I can do as a Senator that only a Governor can see through,” said Rodriguez.

This means the Democratic primary will have four teams running for governor and lt. governor. Two of the four have yet to announce their running mates. These two were once rumored to be running together. In fact, Senator Rodriguez confirmed for PNC back in October of 2017 that he had been in talks with Gutierrez about the possibility of running together but no decision had been made. Now it appears a decision has been made and the decision was not to run with Gutierrez but to strike out on his own with the hopes of becoming the island’s next governor.

Rodriguez has a running mate in mind but he’s not ready to announce who he is. “I wanna give him and his family respect and be able to have him speak to them and speak to as much family as he could before I can announce who this running mate is,” said Rodriguez. Rodriguez says that announcement will come in a few short weeks.

Meanwhile on the Republican side Lt. Governor Ray Tenorio and Former Senator Tony Ada are rumored to be running together but they have not confirmed this nor have they officially announced their candidacy. A committee to elect Ray Tenorio has however filed an organizational report with the Guam Election Commission indicating that he is running for Governor.