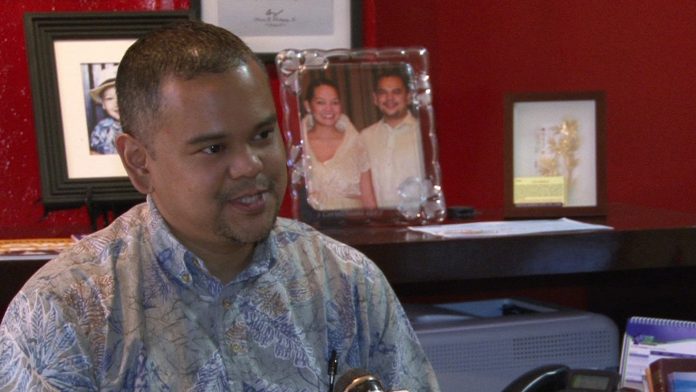 Guam – Senators Dennis Rodriguez and Michael San Nicolas are divided over a Guam Memorial Hospital bailout plan. In response to San Nicolas’ statements that proposals to bail out GMH are unnecessary, Rodriguez says San Nicolas’ suggestions would actually be worse for the island.

San Nicolas says he will not take action on any of the bills. Instead, he says more should be done to analyze the hospital’s finances. For example, San Nicolas said, a recent audit revealed that GovGuam only reimburses GMH 44 percent for Medicaid payments, which is only 4 percent more than what the uninsured population pays.

“I do understand what Senator San Nicolas is trying to say but he doesn’t understand the whole situation. He doesn’t understand how the Medicaid payments and reimbursements work. It’s very easy to come out and say all we gotta do is have the government reimburse the hospital more. If you take a look at–and it’s under his oversight committee–where DOA prioritizes payment, you would see that DOA bends over backwards for GMH,” argues Rodriguez.

Moreover, Rodriguez says if GovGuam were to adopt San Nicolas’ proposal to bring the GMH’s Medicaid reimbursement rate to 80 percent, it would end up hurting third party payers, such as private clinicians and pharmacies and doctors.

“You’ll never get 100 percent. I mean, that’s common … if you’re talkinga bout Medicaid and he’s saying shift it to pay more to the hospital, then that’s not gonna solve it because what you’re gonna do is shortchange our local providers,” notes Rodriguez.

If Senator San Nicolas wants to increase the Medicaid payments to the hospital, Rodriguez says he instead should join efforts to provide more Medicaid funding in terms of the local match.

“I plead with Senator San Nicolas to, if he doesn’t want this proposal, if he thinks this proposal is bad, come up with an alternative. Come up with a plan that’s gonna provide GMH $30 million to pay our local doctors, our pharmacists, our medical suppliers, because if he’s not gonna provide that then all he’s doing is causing more harm to our community,” says Rodriguez.

“We have vendors now, we have cancer doctors, Dr. Friedman, I understand, vendors that already have stopped or put a hold or suspended providing supplies and medications to our hospital and that puts the people’s lives at jeopardy,” says Rodriguez.