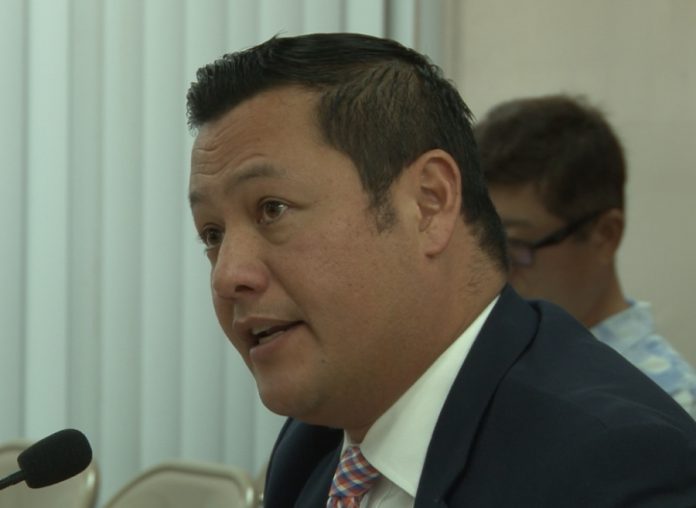 Despite a strong and growing economy, GEDA’S administrator told federal officials at the annual IGIA meeting in Washington, Guam struggles year after year to provide basic public services, because of inadequate federal reimbursement of Compact costs.

Washington, D.C. – Despite a strong and growing local economy, Guam Economic Development Authority Administrator Jay Rojas told officials at the IGIA meeting here the island government continues to fall short on “basic minimum services.”
Rojas says, “The Guam Memorial Hospital is the only public hospital on the island…it must negotiate daily to pay its vendors, and to keep its supplies in stock, its power on and its water running.  Our only correctional facility is currently at capacity. The Guam Public Schools System remains in receivership, despite receiving a first-ever, districtwide accreditation.”
Rojas blames the inadequate reimbursement the island gets from Washington for the impacts of the Compact of Free Association. He says, “In 2015, the Government of Guam spent 148-million dollars in services for the citizens of the Freely Associated States, who are welcomed to Guam through this Compact. During that same time period, Guam saw a Compact Impact subsidy from the United States Government, of 14-point-9 million dollars.”
…or 10-percent of the cost of services that Guam offers FAS migrants, invited by an agreement between sovereign nations and the United States—not the Government of Guam, Rojas stressed.
Rojas points out FAS migrants who have jobs, pay taxes, but also get tax refunds and the Earned Income Tax Credit, if they meet poverty requirements. Guam must also provide Obamacare at a Medicaid reimbursement rate just over half that of the states.
He says the White House plan to Congress for EITC reimbursements and higher Medicaid payments to Puerto Rico, if extended to the other US islands, will help.
As for Medicare reimbursement, Rojas says, “Guam’s only public hospital, which is currently in dire financial stress, has not received a rebasing of its Medicare reimbursement, since the last century.”
Rojas, standing in for Governor Calvo, who was at the Micronesian Chief Executives meeting in Palau, says Calvo’s request to meet with Health and Human Services Secretary Sylvia Burwell was denied twice.  So meetings were held with Medicare and Medicaid officials, who promised Calvo a determination “soon”…five months later, “soon” became, “shortly.”
Rojas asked to some laughter at the IGIA meeting, if 5-months between September and February is “soon,” then how soon is “shortly?”