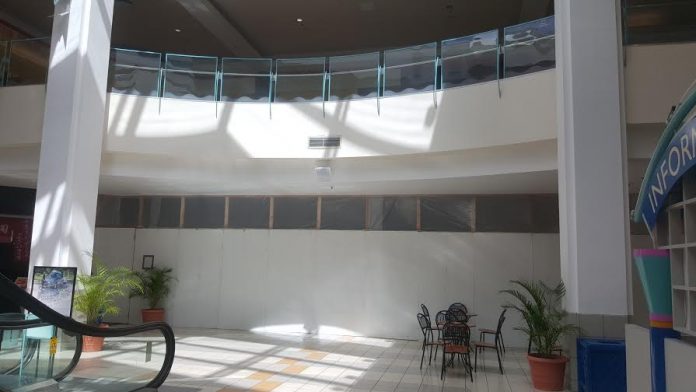 There will also be a huge Macy’s expansion.

Guam – There are big changes coming to the Micronesia Mall.

One of the changes is the addition of the retail store Ross in the cinema wing. According to a building permit posted on a wall closed off for construction, Ross will be taking over the space underneath the theaters, where Game Stop and Toppy were once located. Also stated in the permit, the project costs $1.3 million dollars and the space would measure 150 ft by 180 ft, which equates to about 27-thousand sq. ft.

If you have driven by the mall lately, saw the construction work going on and wondered what store would utilize the expansion of the mall, Senior Vice President of Group Operations and Leasing Phillip Schrage says the new facility will be an expansion to Macy’s. Schrage tells PNC that the total area of the Macy’s expansion will be 45-thousand sq. ft. and will take up both the ground floor and the second floor. Schrage says part of the plan mentioned was to expand the womens department and relocate the other departments currently located in the main Macy’s store, such as homeware and bed and bath, to the new facility. The second floor is expected to open up in mid-May while the ground floor opening is set for June or July.