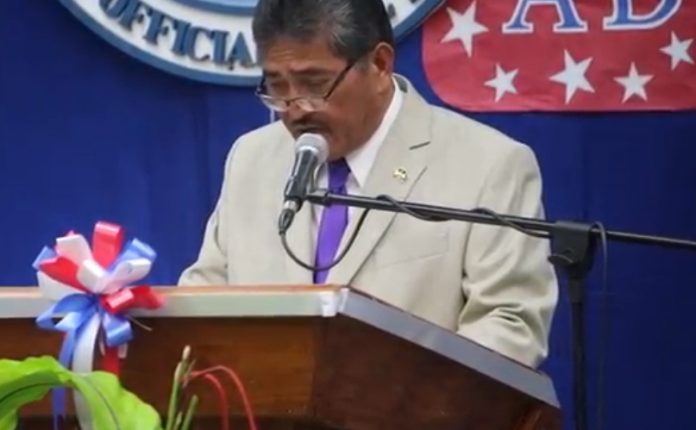 Our neighboring island of Rota made history — Mayor Efraim Atalig delivered its first ever State of the Islands Address.

CNMI – A historic first for the CNMI’s southern most island — Mayor Efraim Atalig delivered the state of the island address Friday. The economy was front and center in his speech.

Atalig noted that the island’s budget rose from 5.1 million dollars in 2015 to 7.6 million dollars. Next year looks even more promising, he said. Another campaign promise he’s working to fulfill: vocational school and training for residents to fill the widening gap in private sector hires.

Atalig’s 25-minute speech during a municipal council special session touched on the controversial casino establishment in the islands, acknowledging the concerns of residents for its negative effects.