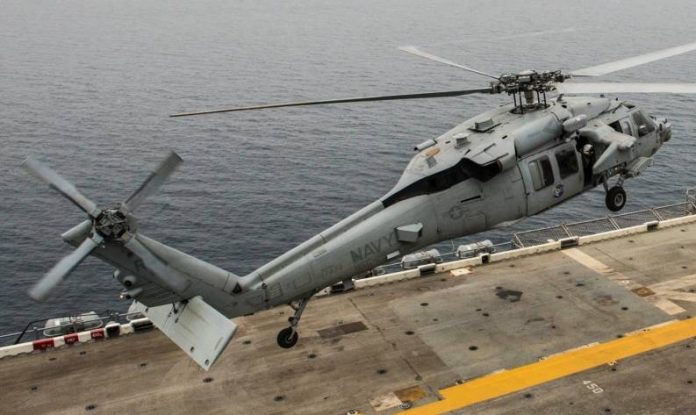 HSC-25 is the Navy’s only forward-deployed MH-60S expeditionary squadron. As a part of Helicopter Sea Combat Wing Pacific, it provides an armed helicopter capability for U.S. 7th Fleet in support of logistics, search and rescue and humanitarian assistance missions.

Guam – Sailors from Helicopter Sea Combat Squadron 25 assisted in the medical evacuation or MEDEVAC of a Rota resident who suffered from bradycardia or slow heart rate.

At the request of Coast Guard Sector Guam, a Navy MH-60S Knighthawk helicopter from HSC-25 was launched from Andersen Air Force Base at about 8 this morning. According to a news release, Navy personnel assessed the patient as stable and transported the individual to U.S. Naval Hospital Guam. From there the patient was transported to the Guam Memorial Hospital for further treatment. This is the 12th MEDEVAC executed by HSC-25 personnel this year. HSC-25 is also the only squadron that maintains a 24-hour search and rescue and medical evacuation alert posture, directly supporting the U.S. Coast Guard and Joint Region Marianas.