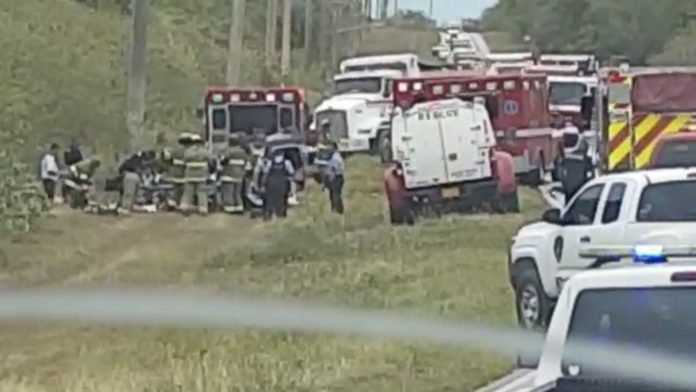 Guam – Roadways were shut down for several hours along Rt. 15 in Mangilao this afternoon following a head-on collision near the Mangilao Golf Course.

Guam Police Department Spokesman Sgt. Paul Tapao said at around 12:30 p.m., a blue Lexus was traveling south on Rt. 15 near the Onward Mangilao Golf Club when a silver Toyota Corolla traveling in the opposite direction cross over into its lane and collided with the Lexus head on.

Three people were injured in the crash including one individual who was reportedly unresponsive. One victim was taken to GRMC while the two others were transported to GMH. The victim’s conditions were not known as of news time.

The case has been forwarded to the Highway Patrol Division for investigation.