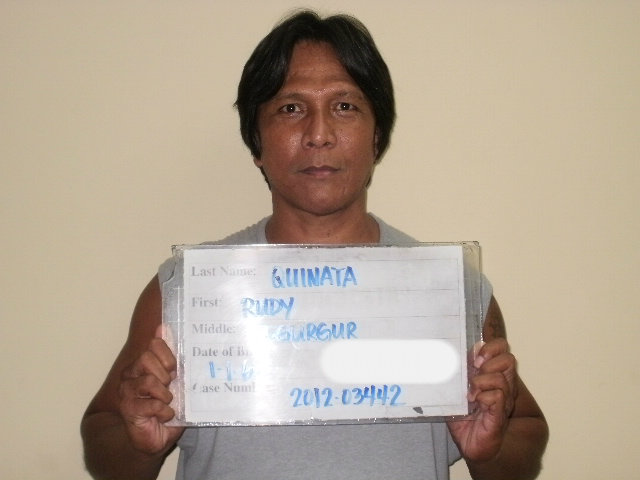 Guam – Guam Police have arrested Rudy Fegurgur Quinata in connection with a perceived threat which led to the closure of  the Ordot Elementary School Monday.

GPD says the complaint that led to Quinata’s arrest was filed last week.

According to GPD Public Information Officer A.J. Balajadia, 50-year old Quinata was taken into custody at 1am this morning (December 19) in the Nimitz Hill area.  Quinata faces charges of Terrorizing, Family Violence, and Possession of a Weapon in the Commission of a Felony.  He was confined at the Department of Corrections at about 3am this morning.  DOC records show that Quinata is scheduled for overnight confinement.

“Through our investigation there was no indication Mr. Quinata made any direct threats towards the students or employees of Ordot / Chalan Pago Elementary School.  Mr. Quinata’s arrest is based on a complaint filed earlier last week.” Balajadia wrote in a release to the media.

Chief Fred Bordallo yesterday told PNC that the suspect accused of threatening an Ordot Chalan Pago Elementary School Employee had a violent criminal record.  Ordot Chalan Pago went into lock-down mode at 9:30am Monday morning and students were released at 11:30 after DOE learned that GPD was investigating a threat made to one of the school’s staff members.  Class was cancelled on Tuesday and DOE yesterday decided to close the school for the remainder of the week.

Quinata was first confined in 1980 after he was accused of murder, he was sentenced to 5 years imprisonment at DOC on manslaughter charges.  DOC records also show that Quinata was charged with escaping in January 1985.  Following his release Quinata was arrested five other times in the 1980s on various charges including reckless conduct, possession of a firearm without an ID and assault.  In 1996 Quinata was arrested again on charges of Family Violence and Terrorizing.

Most recently Quinata was confined in February 2006 on charges of Aggravated Murder.  He was later acquitted and released in January 2008.