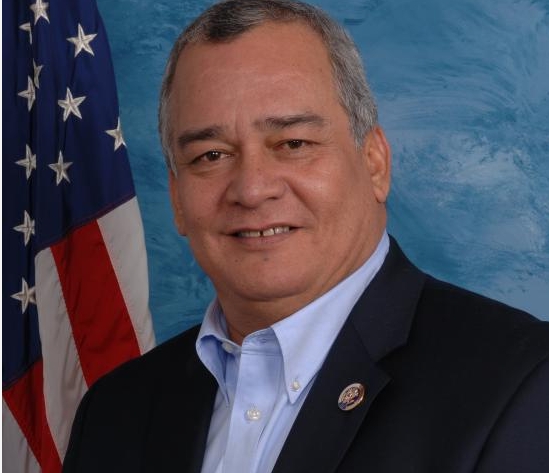 Pope Francis makes his first visit to the US later this month, and PNC Washington Correspondent Matt Kaye reports, the pontiff’s “message of compassion” has special meaning now for the people of the Marianas.

The Congressman says the people of the Commonwealth “know how it feels to be in need”…and “what a blessing the help of others can be,” in the wake of Typhoon Soudelor.
The people of Guam have already donated tens of thousands of dollars in food and other consumables, from batteries to diapers, to Soudelor victims.
Day after day, week after week, the stark images of  the Typhoon’s devastation have dominated local news coverage in the CNMI. The lack of power…the lack of water… homes and businesses torn apart…long lines of people waiting to apply for disaster aid…children just now starting school, many without air conditioning…
“We know how it feels,” Sablan says…as he stays back in the NMI, helping with the recovery, even as Congress returns to session from its long summer recess.”
“Pope Francis’ message of compassion for others,” Sablan says in a written statement, “has special meaning to us now.”
Guam’s Madeleine Bordallo has co-sponsored a resolution recognizing Pope Francis for his work.  And lawmakers wrote to the Pontiff last month, expressing gratitude and joy at his upcoming visit.
The letter thanked the Pope for reminding people of the social teaching of the Church…its emphasis on human dignity, the rights of workers and help for the poor and vulnerable.
Bordallo and Sablan are looking forward to Pope Francis’s visit, because of its historic nature—he is the first Pontiff to speak before Congress.
But perhaps more importantly, Sablan says the Pope is likely to challenge Congress to address the nation’s “most pressing issues.”
Pope Francis has already touched on issues of immigration including in Europe…climate change…marriage…income inequality…and others.
A former archbishop of Buenos Aires, the Pontiff had steered clear of the United States, with the world’s fourth-largest Roman Catholic population and large Catholic community in the islands.
Pope Francis has preferred instead to be among the poor, waiting until age 78 to visit the world’s economic giant.
Those who have known the Pope, say the message he will probably deliver when he comes, is that the United States has been blessed with great gifts, but that from those to whom much is given, much is expected.