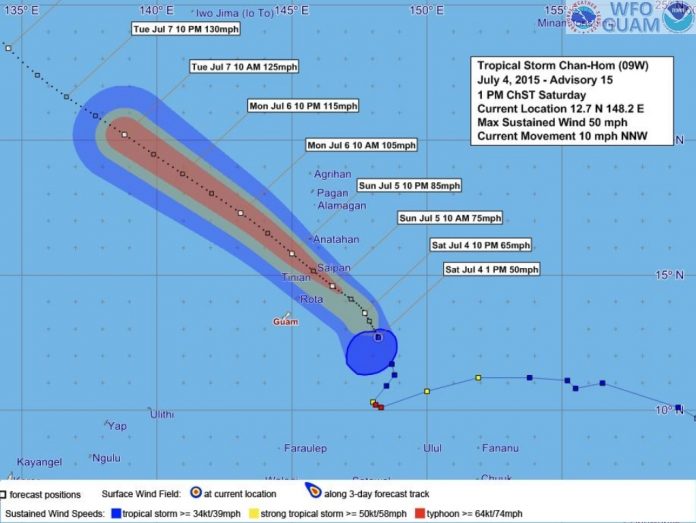 However, Guam remains under Typhoon Watch, and Rota under Tropical Storm Warning

Guam – Another forecast track of Tropical Storm Chan-Hom was updated which continues to takes the storm to pass near Saipan Sunday Night.

According to the Saturday 2 PM(CHST) update form the National Weather Service, Chan-Hom seems to be maintaining its strength. Both forward speed and Maximum Sustained Winds are remaining the same as the previous report–10MPH and 50MPH, respectively. However NWS continues to note that Chan-Hom is expected to intensify and could become a typhoon again by Sunday morning.

Guam is still in COR3 and a Typhoon Watch remains in effect. While Tinian and Saipan are under Typhoon Warnings now, and Rota under Tropical Storm Warning; However all of the residents in the Mariana Islands are to advised to prepared for a typhoon as the forecast track of Chan-Hom still could change.