Saipan for the last two days was a place shrouded in tension as CNMI authorities attempted to talk Gordon Allan Castro into releasing an unidentified woman believed to be his girlfriend. The negotiations failed and the hostage situation turned deadly.

Between 2:30 a.m. to 3 a.m. this morning, CNMI and federal authorities breached Castro’s residence and were met with gunfire.

At this time, it is not clear whether the woman was shot by Castro or authorities. However, it appears that she was shot in the crossfire.

The incident has garnered attention on social media as many residents both on Saipan and Guam speculate about the events that transpired, the circumstances involved, and the identity of the woman held hostage as pictures, video and a messages purportedly by Castro’s sister indicating that Castro had an underlying medical condition had gone viral. PNC has requested for comment in regards to this but has yet to receive a response from CNMI DPS.

But communication from police reported by the Marianas Variety yesterday indicates that Gordon may in fact have a medical condition requiring treatment.

The Marianas Variety learned that Castro and his hostage were in a house that belongs to his mother. She and his sister were evacuated from the house by the police.

CNMI DPS Spokesman Dre Pangelinan this morning stated that a thorough investigation is being conducted by federal partners, including CNMI Department of Public Safety Internal Affairs, and the Criminal Investigative Bureau.

The hostage situation began on Tuesday, March 10, just before 1 p.m. as CNMI authorities attempted to serve a warrant of arrest on Castro. He was wanted for attempted murder, assault with a deadly weapon, and unlawful discharge of a firearm among other charges.

Gordon, who was apparently armed, escaped capture by firing shots into the air and then took his girlfriend hostage. The standoff lasted roughly 38 hours.

CNMI DPS says more information will be released as it becomes available. 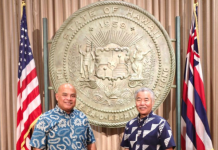 FSM President arrives in Hawaii, meets with Ige prior to FSM-US defense talks 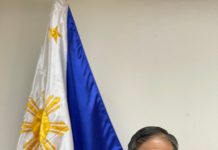 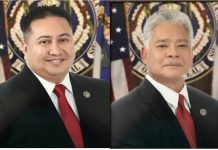