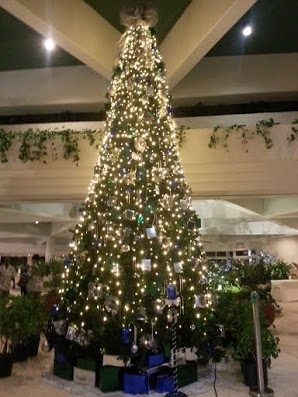 Saipan – It’s starting to look a lot like Christmas on Saipan. With a flick of the switch the Hyatt Regency Hotel on island illuminated with blue and gold Christmas lights wrapped around a Christmas tree that reached the ceilings adorned with gifts and ornaments last week.

Darkness set the stage before the lights were lit, as Koblerville and Saipan Southern Glee Club students spread their Christmas spirit and Joy through song for all to hear in the community who were present.

The lighting of Christmas decorations also marked the hotel’s 35th anniversary on Saipan.