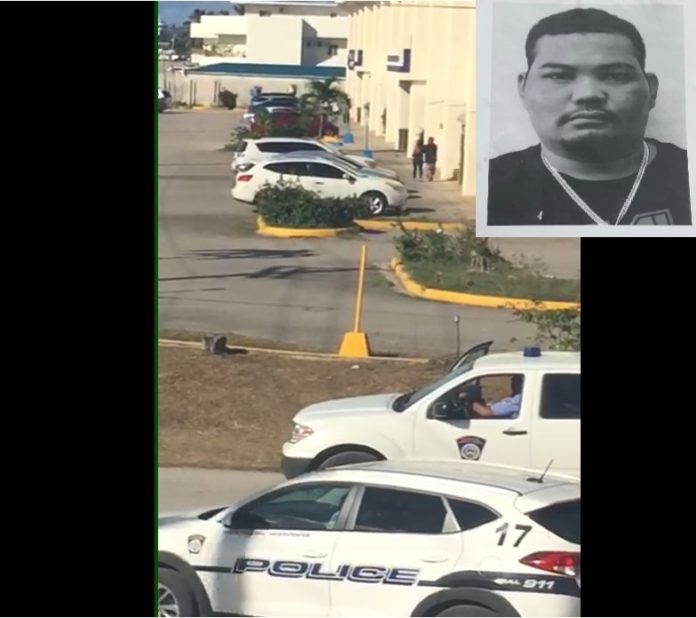 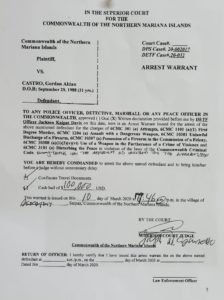 The hostage standoff continues in Saipan this morning where CNMI police still have an area in the San Antonio neighborhood cordoned off.

A man identified as 31-year-old Gordon Aldan Castro has barricaded himself inside the home with a woman reported to be his girlfriend.

A news release from the CNMI Department of Public Safety issued at 8:30 AM Wednesday states that 6 gunshots were heard coming from the home this morning.

Police say Castro initially disconnected his telephone but plugged it back in to request food and drink.

“Negations are currently on-going, by means of megaphone,” states the release.  (see the release in full below)

Authorities have evacuated residents in the immediate area of the home where Castro is holed up.

The incident began just before one-o’clock Tuesday afternoon when police tried to arrest Castro on allegations of attempted murder, and other charges.

However, a news release issued by CNMI police yesterday afternoon states that when officers attempted to serve the arrest warrant “the suspect” fled “from police by discharging a couple of rounds in the air.”

Soon after a viral video appeared on social media showing Castro holding a woman by the arm with one hand. Its not clear from the video whether he is holding a handgun in his other hand.

Police are seen in the video shadowing them with their guns drawn as he and the woman walk down the street from the Afetna area towards the San Antonio neighborhood where he eventually barricaded himself, with the woman, inside a home.

As many as 50 public safety officers are now reported to be involved, according to a report in the Marianas Variety. The area has been cordoned off as authorities try and negotiate Castro’s surrender.

READ the 8:30 AM Wednesday morning release from the CNMI Department of Public Safety in FULL below:

As of 8:30 a.m, this morning, law enforcement officers are sill at the scene.

Since last night, negotiations have been on-going. The suspect initially disconnected the phone line until he requested for food and a drink. Negations are currently on-going, by means of megaphone.

DPS is asking parents to not release their children near or around the area of San Antonio, Saipan.

In Saipan Tuesday afternoon a man is reportedly holding a woman hostage in the San Antonio section where he has barricaded himself inside a home. Police say man attempted to flee by firing his handgun in the air.when officers tried to arrest him. Incident still underway. https://t.co/VEXpa320qY

READ the Tuesday afternoon release from the CNMI Department of Public Safety in FULL below:

At about 3:50 p.m., the suspect took his believed to be girlfriend hostage as he made his way and crossed the main road over to a family residence along San Antonio.

At the moment suspect has barricaded himself along with the victim inside the home.

DPS is taking extra precautionary measures along the roadways by blocking off the main roads that lead in and out of the village of San Antonio. DPS is asking all motorists to steer clear of and to allow emergency response vehicles to safely and efficiently respond to the scene.