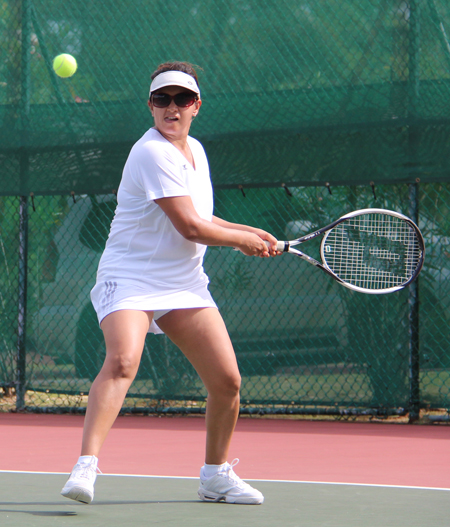 Guam – Takuya Saito has yet to drop a set in both the Men’s Open and Men’s 4.5 singles divisions of the 2012 Quality Cup tennis tournament following Saturday’s matches.

Saito first defeated Swami 6-0, 6-1 and then junior champion Emil Christian Penafiel, 6-2, 6-1 to secure his place in the semifinals of the Men’s Open singles division against Khay Sung. Sung reached the semifinals by default over Torgun Smith. Sung was trailing 0-1 in the contest before Smith conceded the match due to a prior commitment. Sung’s delayed three-set loss to Sam Lai in the Men’s 4.5 singles, coupled with intermittent rain showers that halted earlier match play, pushed Smith and Sung’s match four hours later than their originally scheduled time.

In the bottom half of the draw, Saito’s brother, Yusuke Saito, also advanced to the semifinals with a 6-4, 6-4 win over Matt Weiss and later, a 6-3, 6-3 win over Alexander Ornbo. Yusuke Saito will face second-seeded Joseph Cruz, a 6-2, 6-1 winner over Joshua Cepeda. Semifinals are scheduled for 8 a.m. Sunday at the Hilton Guam Resort & Spa tennis courts, with the final match scheduled for 3:30 p.m. Sunday.

In women’s division matches, Women’s 4.0 singles top seed Charlayne Espinosa will face Diane Lee in the semifinals at 9:30 a.m. at the Hilton. Aki Shintani forged her way into the semifinals to go up against second-seeded Camdyn Nadler, a 6-1, 6-1 winner over Shina Yasukawa.

In Women’s 3.0 singles matches, Ashley Nadler won by default over Jonita Cepeda and will next Ashley Roland, a 6-2, 6-3 winner over Kathy Bristol. Gusti Priesnitz also makes an appearance in the semifinals after a 6-4, 6-7(1), 6-2 win over Diana Valadez. Priesnitz will next face second-seeded Pualani Lansing for a finals berth.

Quality Cup tennis action continues at the Hilton and the Rick Ninete Tennis Center tomorrow. All finals, with the exception of the Men’s 4.0 singles and Men’s 3.0 singles, will be contested Sunday.