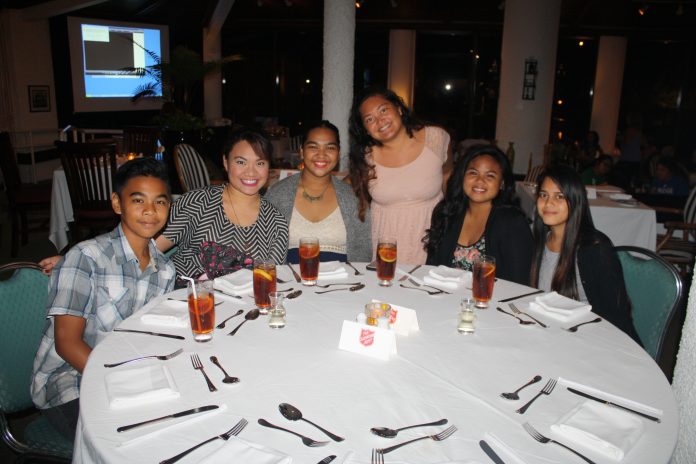 Hundreds of volunteers served about eight-hundred to one-thousand meals per hour, during mass feedings at a soup kitchen following Typhoon Soudelor.

The celebration of service comes on the heels of recent news regarding the islands power lines being one-hundred percent energized as announced by CUC public information officer Brad Ruszala. The event recognized donors and members of the community for their contribution at the soup kitchen in the aftermath of Typhoon Soudelor.

Pastor Wayne Gillespie, Salvation Army Ministry leader, says over ninety-five percent of volunteers after the typhoon were walk-ins. With the help of volunteers during the island’s recovery, the organization was able to serve over thirty-six thousand meals in August alone. On one occasion, they served over two-thousand meals in four hours.

He added that during the mass feedings, more than one hundred volunteers were serving an average of eight-hundred to one-thousand meals in an hour. Volunteer coordinator Shelley Scott expressed similar sentiments.

According to Scott, the volunteers came from all walks of life and a number of local organizations and schools. One Marianas High School student describes her volunteer experience.

One student volunteer says, “For many here on the island, at a time like this, one meal goes a long way.”