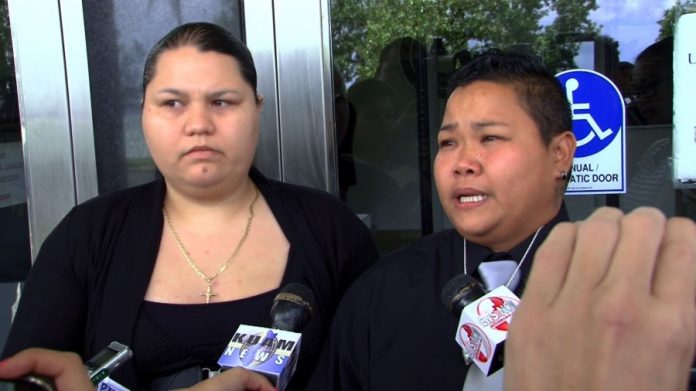 Guam – The government of Guam will have to pay over $85,000 in legal fees to the attorneys who represented same-sex couple Kathleen Aguero and Loretta Pangelinan in a class action lawsuit last year.

Chief District Court Judge Frances Tydingco-Gatewood just granted the request for payment of legal fees. Aguero and Pangelinan filed a class action lawsuit last year arguing that their constitutional rights were being violated when they were denied the right to marry on Guam.

Because Aguero and Pangelinan are the prevailing party, the judge agreed that GovGuam will have to pay about $85,000 in legal fees to four attorneys who worked on the case: Attorneys Mitch Thompson, Todd Thompson, Joe Alcantara and Bill Pesch.

You can read the order by clicking on the file below.