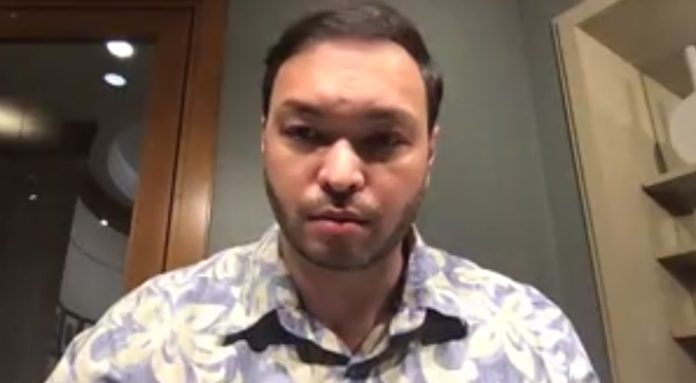 In an earlier news conference, Underwood criticized San Nicolas for his poor voting record in Congress and his silence about the ethics complaint filed against him.

But during his news conference, San Nicolas said he can’t talk about the ethics case because it’s still under the adjudicative process.

“I think this is intentional on my challenger’s part because they know that we can’t talk about the case. It’s just not something that we can do as we need to go through the adjudication process,” the congressman said.

San Nicolas said he himself is frustrated about this but there’s nothing he can do.

He recalled that when he ran against former Congresswoman Madeleine Z. Bordallo, she was also under congressional investigation but he afforded her the respect not to bring her investigation up.

With regard to his voting record, San Nicolas said he has been very strategic about his voting and there has never been a single opportunity that Guam has lost on.

“One thing our challenger doesn’t share with the public is that first of all, the House whip already tells us how the vote is going to turn out. Also, voting takes place at a fluid time. And so you can have a very important meeting that took three weeks to set up, and then all of a sudden you get called for votes. Oftentimes, it’s a judgment call,” San Nicolas said.

The congressman added that he may not be able to come home to Guam in time for the primary election because Congress is now busy trying to hammer out a compromise on another coronavirus aid package.

San Nicolas also said that if he came home, he faces the prospect of a 14-day quarantine and that would be unproductive.

The congressman apologized to the people of Guam who are undergoing a lot of stress right now due to the ongoing COVID-19 pandemic.

“The last thing we need is a campaign season that’s going to be adding to that stress. Let’s not add to the distress of our people by having another 30 days of negative campaigning,” San Nicolas said.