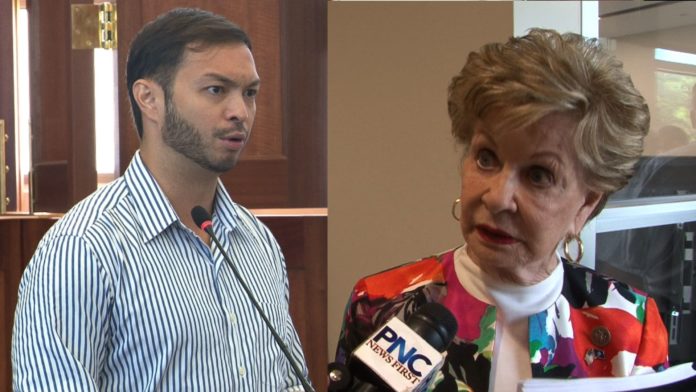 Guam – The Federal Trade Commission has decided not to investigate Guam’s gasoline prices and Senator Mike San Nicolas believes it could be due in large part to a lack of follow-through by Congresswoman Madeleine Bordallo.

Senator San Nicolas says in a release that federal officials were seeking a letter from the congresswoman in order to take action and he is asking the congresswoman if she “ever sent the follow up letters.” The FTC’s letter to the senator seems to indicate that they decided not to investigate Guam’s gasoline prices because of the island’s small population. However, Senator San Nicolas wrote to the congresswoman saying that during meetings with various officials in Washington D.C. “it was brought up multiple times by various parties that their follow-through at the committee level will be pending a letter from your office requesting such.” The senator is asking the congresswoman whether or not her office officially requested the House Committee on Judiciary and the House Subcommittee on Regulatory Reform, Commercial and Antitrust Law to follow up with the FTC. The senator states in his release that he is particularly concerned about this considering the 10 percent increase of gasoline in just two months.

Congresswoman Bordallo responded to to the senator with a release stating in part “Senator San Nicolas made his case directly to the FTC, and it is misguided for him to try to shift blame to me after receiving an unfavorable response. Additionally, no such letter he alludes to from me to the pertinent house committees would have affected the outcome of the FTC’s January 9, 2018 decision.”