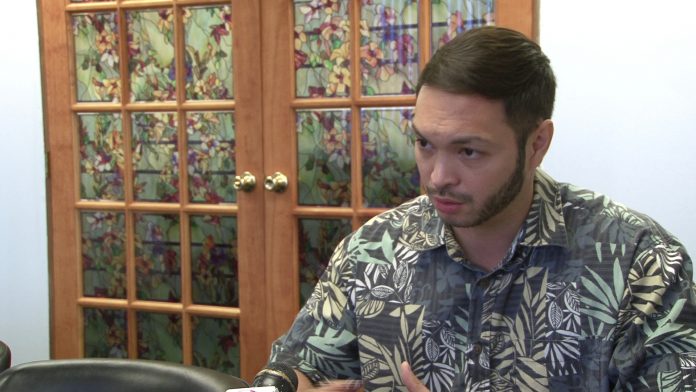 Guam – Senator Michael San Nicolas is adamant that he will not be moving Governor Eddie Calvo’s Bill 338 forward in his committee.

This is despite pressure to do so from not just the governor but other stakeholders in the community. The bill proposes a Guam Memorial Hospital overhaul to the tune of $170 million but will require refinancing of existing debt and raising money through tax hikes.

Yesterday the governor chided San Nicolas, calling his actions undemocratic and warning that he would use his Organic Act authority if San Nicolas refuses to take action on the measure.

“That’s well within his Organic Act authority to do that and if he so chooses, that’s fine. For me, it’s well within my legislative authority as well to not move these bills forward and the reason why I don’t wanna move this particular bill forward is because this is our fourth time, our fourth time putting our people in debt to pay off vendors at GMH. This crisis keeps coming up and coming up over again to the tune of tens of millions of dollars and for us to do it a fourth time is indicative of the fact that we’re not actually solving the problem,” says San Nicolas.

He adds: “His remarks are saddening to me. I would always want our governors to carry themselves with more dignity. I understand that he’s stressed and frustrated, but we shouldn’t be playing pressure politics to try and get our way and it’s unfortunate that he made those statements but I forgive him.”

Instead, San Nicolas says the governor and health oversight chairman Senator Dennis Rodriguez Jr. should look into Medicaid reimbursement rates at the hospital. He says he will request an audit from the OPA if nothing is done within a week.