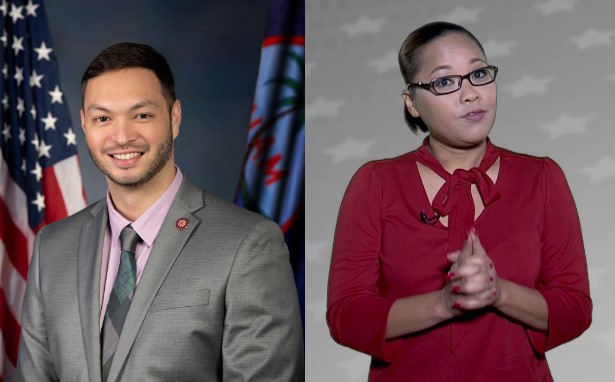 Congressman Michael San Nicholas has announced that he will be picking up an election packet at 10 AM tomorrow at the election commission’s office alongside his Lieutenant Governor of choice, Sabrina Matanane.

KUAM has confirmed that Matanane has now stepped down from her job as managing director of news and local productions and will be joining San Nicolas this election season.

KUAM CEO Marie Calvo-Monge has said during her time as a reporter, news director and managing director of local productions, Sabrina has worked hand-in-hand with our team to garner several awards for journalism and produced many groundbreaking entertainment programs. We thank Sabrina for all her contributions to our news organization and wish her well on this next chapter of her life.

With these new candidates, Governor Lou Leon Guerrero and Josh Tenorio will now have another candidate to run against in the gubernatorial election versus the Republican party who only has one.