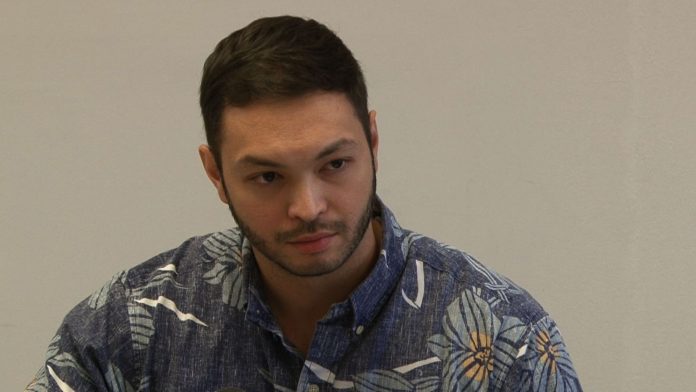 Senator San Nicolas says the bills, at a minimum, will end up costing people of Guam $93 million in the long run.

Guam – Senator Michael San Nicolas says he will not be holding a public hearing for three bills that propose a massive GMH bailout. He says this is because at the very least, the measures will end up costing the people of Guam an additional $93 million.

There are three proposals pending before Senators San Nicolas’ Committee on Taxation; bill 338 by Governor Eddie Calvo proposes to refinance existing debt and increase taxes in order to raise $170 million for a GMH overhaul, and bills 340 and 341 by Senator Dennis Rodriguez Jr., which are similar to the governor’s except it removes the tax hike component. Senator San Nicolas says the bills are not necessary.

“While the interest rates may be slightly lower than what the existing debt is that he wants to refinance, he is looking to stretch the duration of that debt all the way out to 2047. Right now those bonds that are on the books, they mature in 2030, 2035 and 2024. To extend them out to 2047 would mean that we’re paying interest for so many more years. And even though the interest rate may be lower, those number of years actually make the total cost higher by the amount of $93 million,” explains San Nicolas.

Senator San Nicolas says that the three bonds that Governor Calvo and Senator Rodriguez propose to refinance are the Okkodo High School expansion which was $21 million and will mature by 2030; Section 30 bonds worth $182 million which will mature in 2035; and a $20 million GMH loan with the Bank of Guam that will mature in 2024.

We asked whether San Nicolas will schedule any public hearings on the measures.

“We’ve basically reviewed the bills and we’ve determined what they’re proposing and we basically don’t need to have a whole bunch of administration folks come down and pressure sell us to do something that’s not in the best interest of the people,” replied San Nicolas.

San Nicolas explains that after his office conducted their own analysis of GMH finances, they discovered that the government of Guam is just as irresponsible at reimbursing GMH for Medicaid billings as the uninsured population.

“To the Guam Memorial Hospital, the Medicaid reimbursements to GMH for 2015 were only 44 percent of what they billed to Medicaid. Compared to the self pay patients for the same year it was 40 percent. So for our government to be 4 cents on dollar better at paying its bills than an uninsured patient speaks volumes for why the Guam Memorial Hospital is not receiving money that it’s owed,” says San Nicolas.

San Nicolas says that in 2015 there was a total of $86 million dollars in Medicaid billings. Of that amount, GMH billed GovGuam $36 million. Based on the latest Office of Public Accountability audit on the hospital, GMH only collected $17 million.

Meanwhile, Senator San Nicolas says indicated that a public hearing will not be held. He points out that in doing so, he could risk having the bill hijacked from his committee and be placed onto the budget bill.

“I am very uncomfortable with moving forward the idea of putting our people $93 million more in debt. And the reason why just having a public hearing is an operationally challenging propostition for me is because once a bill is heard it can be put on to the budget bill just by a majority vote. It doesn’t even need to be reported out of committee. So just hearing the bill automatically creates a window for a coalition or a cabal of likeminded voters in the legislature to just push something out whether or not it makes financial sense,” he notes.

Senator San Nicolas points out that had GovGuam reimbursed GMH by at least 80 percent in 2015, GMH would have received an additional $13 million.