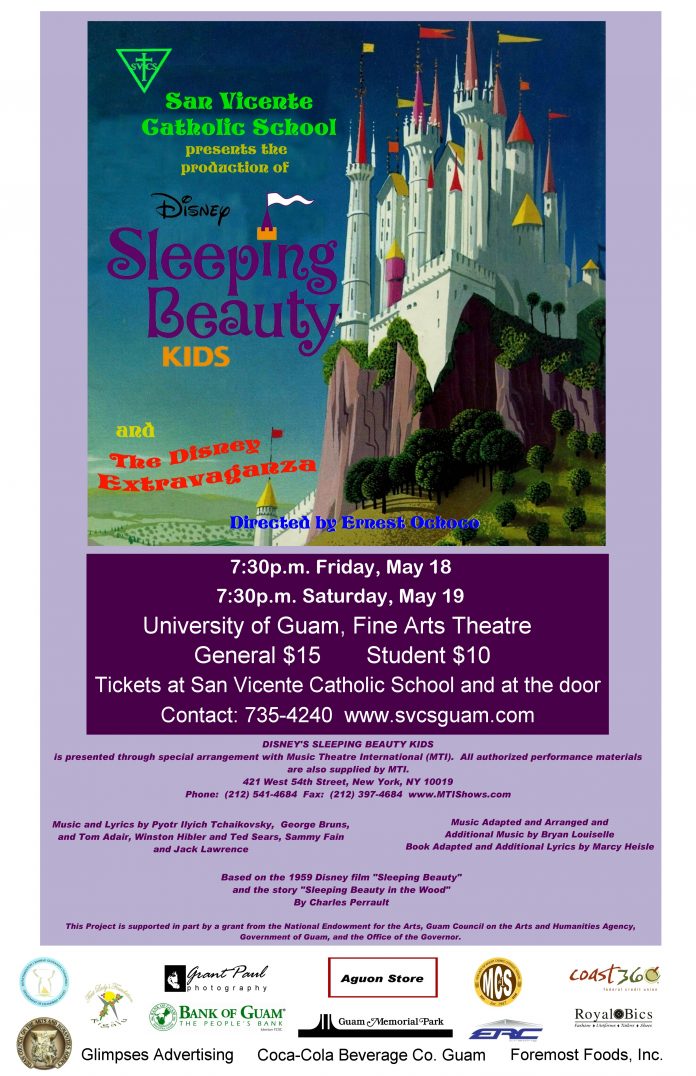 Guam- San Vicente Catholic School is preparing to present the production of Disney’s Sleeping Beauty in the next week.

Director Ernest Ochoco says he decided to take on the project because the play ties nicely into San Vicente’s school mission of virtue, truth and honor in the community. He mentions the play took about a year of planning and about 2 months for the rehearsal process.

Ochoco adds the production is filled with phenomenal performers, including 6th grader Carri Ann Cabral, who was cast as Merryweather, the Blue Fairy. The 11 year old says she’s having  fun with her first musical theater experience and feels the audience will enjoy the huge battle scene in the play.

“The reason why I love it is because I not only have a main role in there, I also get to meet some really good people” said Cabral. “I get to learn a lot…more than I’ve actually known about musical theater and it’s just really great.”

However, if Sleeping Beauty isn’t your favorite fairytale, Ochoco reveals there are more Disney characters and surprises in store with their second show.

“We actually attached another show to it, called Disney Extravaganza” said Ochoco. “That’s chalk full of all the Disney characters with different Disney movies, songs, excerpts and scenes from all those different stories. Everything kind of ties in with Sleeping Beauty of course.”

Tickets are $10 dollars for students and $15 dollars for General Admission. The production will be held next Friday and Saturday at the University of Guam (UOG) Fine Arts Theater. Doors open at 7 p.m. and the show starts at 7:30 p.m.. For more information, call (671) 735-4240.