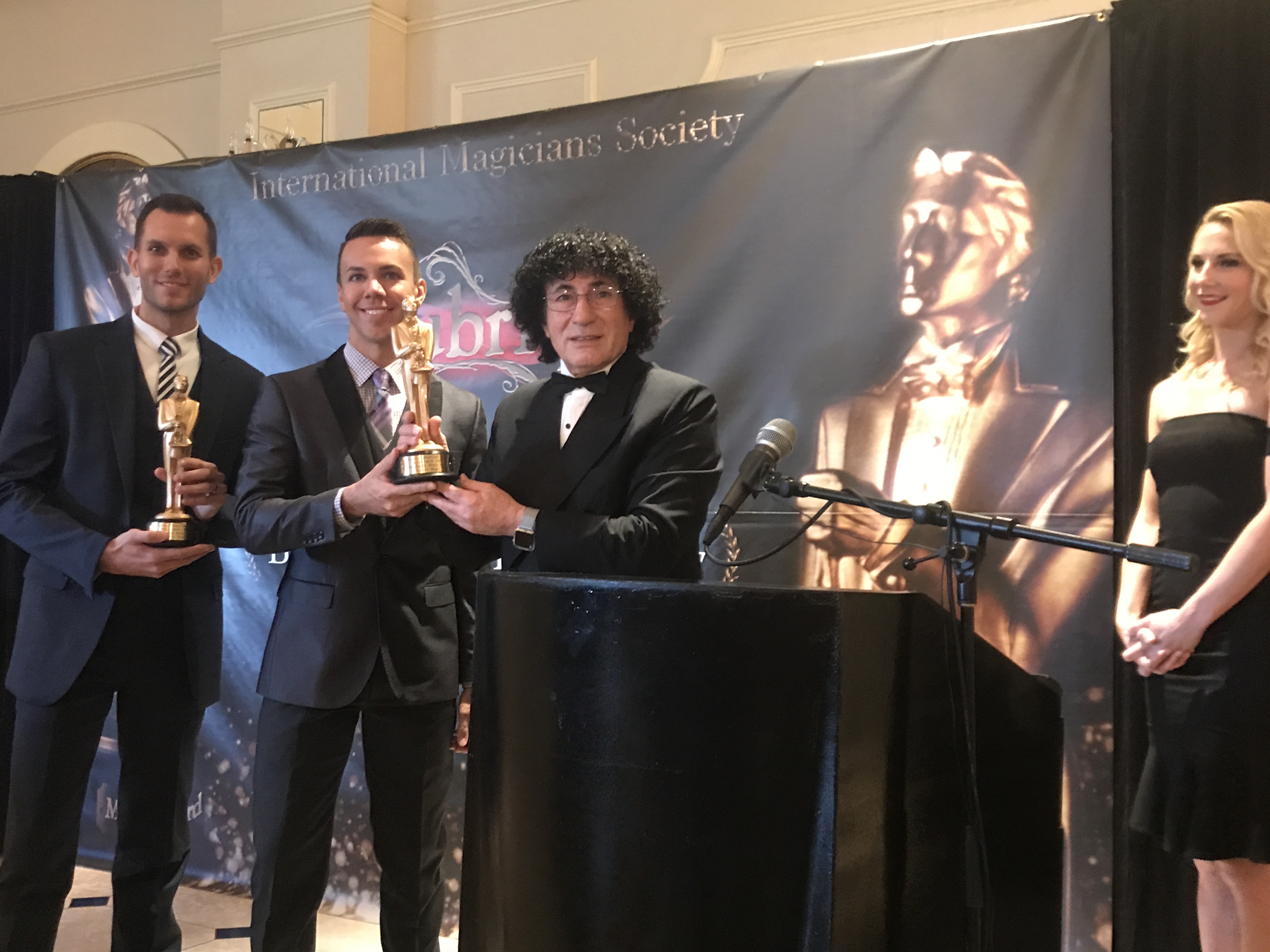 Sandcastle illusionists Chris and Ryan Zubrick have received the highest honor a magician can receive the famed Merlin Award.

Guam – The Zubricks were given the “Best Family Magic Show” award by the International Magician’s Society. The Merlin Award is the magic industries most prestigious honor. It’s akin to an actor winning an Oscar. This International Magician’s Society is recognized by the Guinness Book of World Records as the largest magic society with offices across the globe. It’s Chairman and CEO Toni Hassini was here on island to present the award to the Zubricks.

“We look for originality. We look for showmanship and above all we look for magicians who can perform under any circumstances. And for the first time we are presenting the Merlin Award on Guam and to very fine and very talented two magicians, [The] Zubricks,” said Hassini.

The Zubricks now join the ranks of magicians like David Copperfield, Penn and Teller, Sigfried and Roy and Chris Angel. This is the first time that Guam has received international recognition for a magic show that has been completely produced and presented here on island.

“Ryan and I strive to produce a show that both the young and the young at heart can enjoy together. As some of you may know Ryan and I recently became fathers. Our six-month-old son, Oliver, is a great joy and we understand now more than ever how important it is to spend time as a family,” said Sandcastle illusionist Chris Zubrick. Chris and Ryan Zubrick headline the Sandcastle’s dinner show five nights a week.