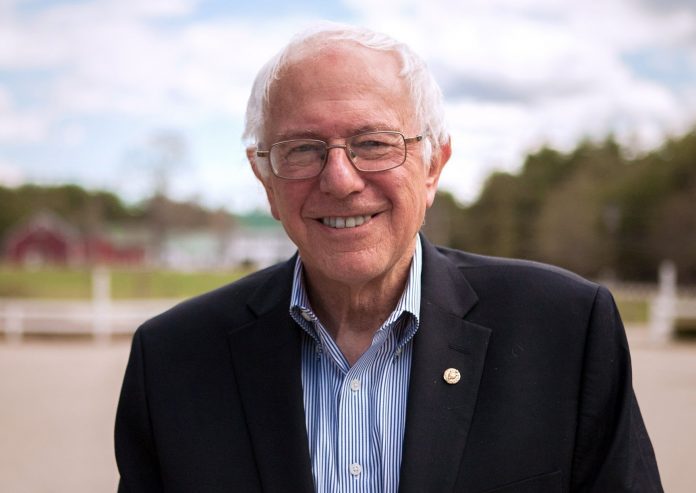 Senator Sanders says Guam is important in his race to become the Democratic National Convention nominee in July.

Guam – The Guam Democratic Caucus will be held tomorrow. Today PNC spoke with Presidential candidate Senator Bernie Sanders, who’s asking for Guam’s vote to help secure his position as the nominee for the Democratic National Convention.

Sanders also says that if elected president, he will pay Guam a visit.

Presidential candidate Senator Bernie Sanders is calling on Guam voters to rally behind him for tomorrow’s Democratic caucus. PNC had the opportunity to interview the senator from Vermont.

We asked Sanders why Guam was important in his presidential campaign. “Well it’s important in the same way that every state and every territory is important. There are delegate votes there and hose votes will determine who the next president of the United States is and we’re gonna do everything we can to win as many delegates’ votes as possible. So I hope that we can have good support from the people of Guam,” explains Sanders.

The presidential hopeful explains how he expects to win the nomination.

“Where we are, right now we have won about 45 percent of what we call the pledged delegates … we have won 18 states. [Hillary Clinton] has won 23 states. I would go in the next six weeks, including Guam, is to win 65 percent of the votes. If we can do that, we will go into the convention with a majority of the votes,” says Sanders. “It’s gonna be a tough uphill fight; no question about it. And that’s where Guam can be of help. We need to win as many delegates as possible in Guam.”

Meanwhile, Sanders says Guam and the territories would be included in his platform to essentially overhaul the country and he even says if elected president, he would visit Guam.

“In a four year term that would be something that I would very much like to do,” Sanders notes.

We also asked the presidential hopeful what kind of issues pertaining to Guam he would fight for.

“One of the issues that I know that is a concern to Guam is the earned income tax credit, which is very, very important for that state and I believe that they are. I support the president in making sure that the federal government picks up its fair share of the cost for that. Also, I think that not only does the federal government have the responsibility to comepensate Guam for the program but it also has got to make sure that Guam receives adequate federal resources to fund its hospital, schools, and the other services that it provides for its people. That is the issue that we will fight for,” says Sanders.

PNC: “What about healthcare? I know Guam or the territories were sort of left out of the Affordable Care Act. Is that something you would look into as president?”

“Yes, absolutely. I happen to believe that healthcare is a right of all people and I am a strong advocate of a Medicare for all single payer program,” he says.

The Guam Democratic Caucus will be held tomorrow, May 7, from 10 am to 8 pm at the Agana Shopping Center.

The caucus is open to any eligible Guam voter who is a member of the Democratic Party. Same day registration will be accepted.