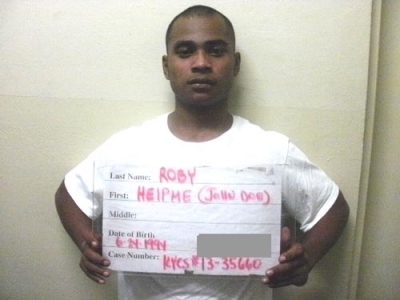 Helpme Roby was one of five people involved in the gang rape of two minors.

Guam – A convicted rapist was denied appeal today and will continue to serve out his 70-year sentence for his role in the gang rape of two minors.

Helpme Roby received a 70-year sentence back in 2015 after he was found guilty of raping two minors. Roby was one of five people who participated in the gang rape at the Santa Ana subdivision in Dededo.

Roby’s legal counsel argued on appeal that the testimonies of police officers were improper and that the prosecution committed misconduct by using several vernacular terms to describe the rape. He also argued that Roby received a longer sentence than what was prescribed in the guidelines.

The Supreme Court justices ruled the police officers’ testimonies did not affect the outcome of the case and that a presentence investigation report was used to determine Roby’s sentence.