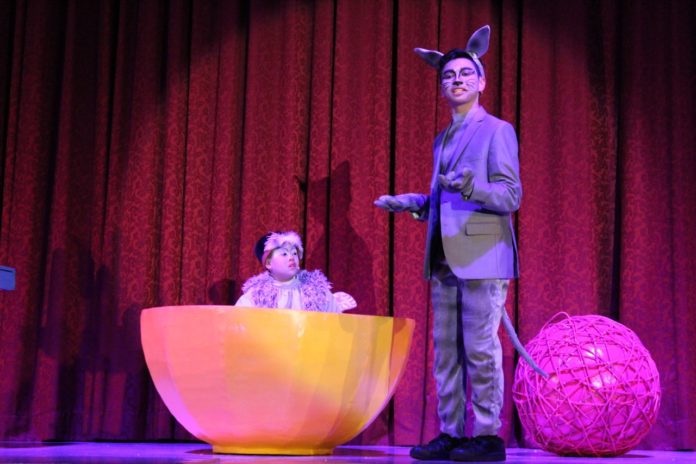 Guam – Santa Barbara students will be performing Honk Jr. which is a modern retelling of the ugly duckling story by Hans Christian Andersen.

The musical play debuted 14 years ago on Guam and this year it is being directed by Joyce Guevarra. The play’s message is that it’s not the outside appearance of a person that matters but rather it is what is on the inside that matters. The play will be held on March 22nd and 23rd at 7pm in the Santa Barbara Catholic School gymnasium. Proceeds will support the school as well as the Archdiocese of Agana.

“See you there…honk!” said the students in unison.

Tickets are ten dollars at the door for 4 to 13 year olds, general admission is 15 dollars and VIP tickets are 25 dollars.