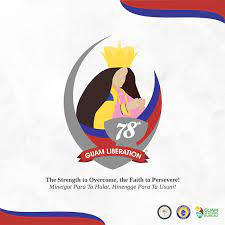 For the first time in history, Santa Marian Kamalin will be leading this year’s 78th year Liberation Day Parade

This liberation day, Santa Maria Kamalin will be joining the liberation parade along with other floats and new surprises.

Monsignor Benavente sent a letter to the clergy explaining the decision to allow Santa Maria Kamalin to lead and open the route on Marine Corps drive.

During the parade she will be enclosed in a protective box and positioned in the back of a truck.

During last week’s Adelup press conference Mayor Jesse Alig said that the reason she is so prominent in these liberation festivities is because she the island’s grand marshall.

Saying that she is the person that most CHamoru’s most relied on with faith and through prayer that we overcame the atrocities of war and the covid pandemic.

Moreover, Camping grounds by Marine Corps Drive will be free this year and on top of that, those grounds will have power as well so make sure to sign up for those starting on July 13th at 9 am because there are only 219 slots available along the parade route.

In addition, in the past entities had to pay to enter the parade whether you had a float or a marching unit but this year it is also completely free.